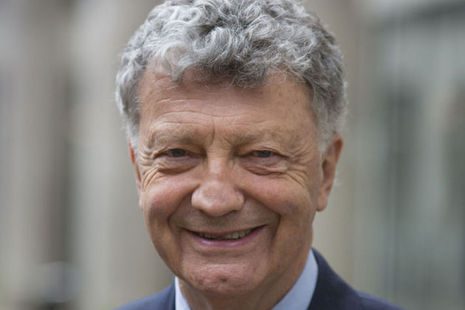 A leaked review of the government’s counter-terrorism programme has said that it is too focused on right-wing extremism and should now crack down on Islamist extremism, according to a report.

The government-commissioned Prevent review by Sir William Shawcros has claimed that there has been a “double standard” approach to tackling different forms of extremism.

The Prevent Strategy is the government’s flagship counter-extremism policy. It aims to identify people at risk of committing terrorist acts and intervene.

According to the review, individuals are targeted for expressing mainstream rightwing views because the definition of neo-nazism has expanded too widely, while the focus on Islamist extremism has been too narrow, The Guardian reported.

Sir Peter Fahy, the former police lead for Prevent, said the review extracts suggested Shawcross’s findings were an unwarranted attempt to “politicise counter-terrorism policing” and it was “quite dangerous to play off one ideology against another”.

The review called for a renewed focus on Islamist extremism, including when individuals do not yet meet the terrorism threshold.

Individuals have been referred to Prevent, to access mental health support even when there is no evidence of extremism. The review also revealed that some Prevent-funded groups have promoted extremist narratives including support for the Taliban.

The report was delivered to the Home Office at the end of April. It has already drawn criticism from civil society groups, dozens of whom have declined to participate, The Guardian report said.

In Shawcross’s draft review of the Prevent programme, he argues that its purpose must be refocused and says its first objective, to tackle the causes of radicalisation and respond to the ideological challenge of terrorism, “is not being sufficiently met”.

It argues that the programme must re-engage with individuals who are not yet posing a terror threat but who can “create an environment conducive to terrorism”.

According to the leaked review, a more hardline approach should be taken towards Islamist extremism, and that the programme has concentrated on proscribed organisations, “ignoring Islamist narratives”.

The draft review is also critical of Prevent-funded civil society organisations and community projects, suggesting funding is misallocated to “generic” projects and few “could be seen to publicly contest extremist discourse”.

Another extract from the review said that Prevent is “carrying the weight” for overstretched mental health services and that vulnerable people have been referred in order to access other forms of support even when they do not pose a terror threat.

According to The Guardian, the report is still to be fact-checked before being subjected to legal checks in case any person or group can claim they have been libelled, which would potentially expose the Home Office, which picked Shawcross for the role despite extensive misgivings, to paying out legal damages.

The draft extracts are also likely to raise eyebrows in the intelligence services. Ken McCallum, the domestic spy agency’s director-general, recently warned that extreme rightwing terrorism accounted for one in five of all counter-terrorism investigations, a threat that had “grown and morphed quite substantially over the last five to 10 years”.

The Home Office has proscribed a number of far-right groups in recent years, including the neo-Nazi group Sonnenkrieg Division, members of which have been jailed for serious offences. It also recognised the extreme rightwing group System Resistance Network as an alias of the already proscribed organisation National Action.

Prevent came under renewed scrutiny after the murder of the Conservative MP David Amess, who was stabbed to death in his constituency surgery by Ali Harbi Ali, who said he was motivated by Islamist extremism. His murder last year was followed by another Islamist attack on Liverpool women’s hospital.

“The independent review of Prevent, led by William Shawcross, will ensure we continue to improve our response and better protect people from being drawn into poisonous and dangerous ideologies. The report is currently being finalised and once formally received and after full consideration, the report and the government’s response to it will be published,” a Home Office spokesperson told The Guardian.