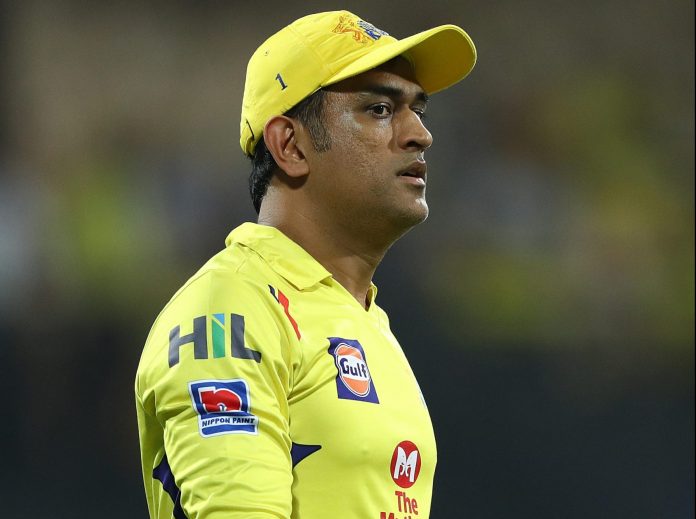 Chennai Super Kings veteran Mahendra Singh Dhoni has downplayed his return as captain and the team’s comfortable IPL victory over Sunrisers Hyderabad as a mere “coincidence”.

Openers Ruturaj Gaikwad (99) and Devon Conway (85 not out) put on this season’s best stand of 182 to guide Chennai to 202-2, a total their bowlers defended by restricting Hyderabad to 189-6 in the second match of the day in Pune.

Dhoni, who gave up the captaincy ahead of this Indian Premier League, accepted the job back on Saturday after Ravindra Jadeja stepped down following the team’s six losses from eight games but played down the leadership switch.

“I did nothing different, when you are in the same dressing room you keep saying the same things,” the 40-year-old Dhoni said after Chennai’s third win this season.

“It’s not like when you change the captain a lot of things change. It’s one of those coincidences where we got off to a good start and forced the bowlers to bowl the areas where we wanted to hit.”

Dhoni said Jadeja’s all-round form seemed to have affected his game which led to the captaincy changeover midway.

“Once you become captain, it means a lot of demands come in and can affect the player’s performance and occupy their mind which I think was the case with him,” said Dhoni.

“I think captaincy burdened his prep and performances, it meant he could not go with the bat and ball with the same intensity.”

Dhoni, who led India to two World Cup titles, received a rousing welcome when he walked out for the toss with Hyderabad skipper Kane Williamson who put Chennai in to bat.

Gaikwad and the left-handed Conway put on 182 in 17.5 overs to propel their side to an imposing total.

Hyderabad speedster Umran Malik bowled the fastest ball of the season at 154 km/h (95.6 mph) to Gaikwad, but he smashed it for a boundary down the ground.

Umran, who returned figures of 5-25 in his previous match, hit the mark again with a yorker to Dhoni.

Gaikwad, who six sixes in his 57-ball knock, brought up his fifty with a boundary off Malik, but fell one short of a ton when he gave a catch to point off T Natarajan.

The Hyderabad bowlers checked the flow of runs in the final overs but Conway finished with two fours and a single to get Chennai past 200.

Williamson, who made 47, and Abhishek Sharma added 52 off the first five overs, before Mukesh Choudhary broke through with wickets from successive balls.

The left-arm seamer finished with figures of 4-46, with 24 coming off his last over.

In the first match of the day, skipper KL Rahul and Deepak Hooda smashed half-centuries to help Lucknow Super Giants jump to second in the IPL table with a six-run win over Delhi Capitals.

Rahul, who hit 77, and Hooda, who smashed 52, put on 95 for the second wicket as Lucknow finished on 195 for three after electing to bat first on another hot day in Mumbai.

Lucknow fast bowler Mohsin Khan then returned figures of 4-16 including key wickets of David Warner (3), skipper Rishabh Pant (44) and Rovman Powell (35) to keep down Delhi to 189-7.