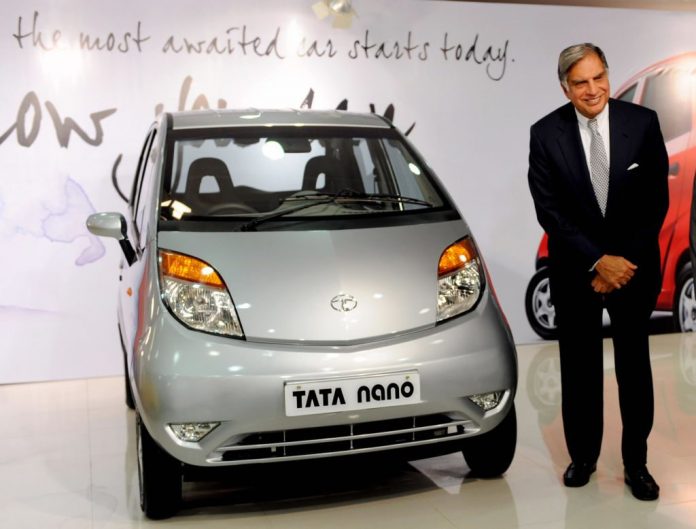 INDIA’s Tata Group head has won hearts when he travelled in India’s cheapest car this week.

The chairman emeritus of the Tata Group, Ratan Tata reached in Mumbai’s iconic Taj hotel, which is also owned by the Tatas, on Tuesday (17), in a Tata Nano, according to media reports.

After Viral Bhayani posted a video of Tata at the Taj, Indian social media started buzzing with praises for the business tycoon.

“Ratan Tata arrives at Taj Mumbai in a Nano sitting in front seat with his driver. No security either. Exemplary simplicity personified,” the Twitter user said.

Ratan Tata arrives at Taj Mumbai in a Nano sitting in front seat with his driver. No security either. Exemplary simplicity personified. 💯👏🏾 pic.twitter.com/XAbyLLoCpt

On social media, many described this as a “masterclass” in simple living as they pointed out that Tata also owns the firm that manufactures the Jaguar and Land Rovers.

The video also brought back memories of the car that was once pitched as “the most affordable car in the world”. Tata also talked about why the Nano was so special to him a few days ago on social media, the BBC reported.

According to reports, Nano began to lose out to other manufacturers due to issues with production and marketing, after the initial success and euphoria.

The first batch of 100,000 Nanos was sold through a lottery, with demand exceeding supply. In 2012, Tata admitted that mistakes were made with the launch of the Nano.

Recent reports suggest that the group is planning to relaunch the Nano as an electric car.