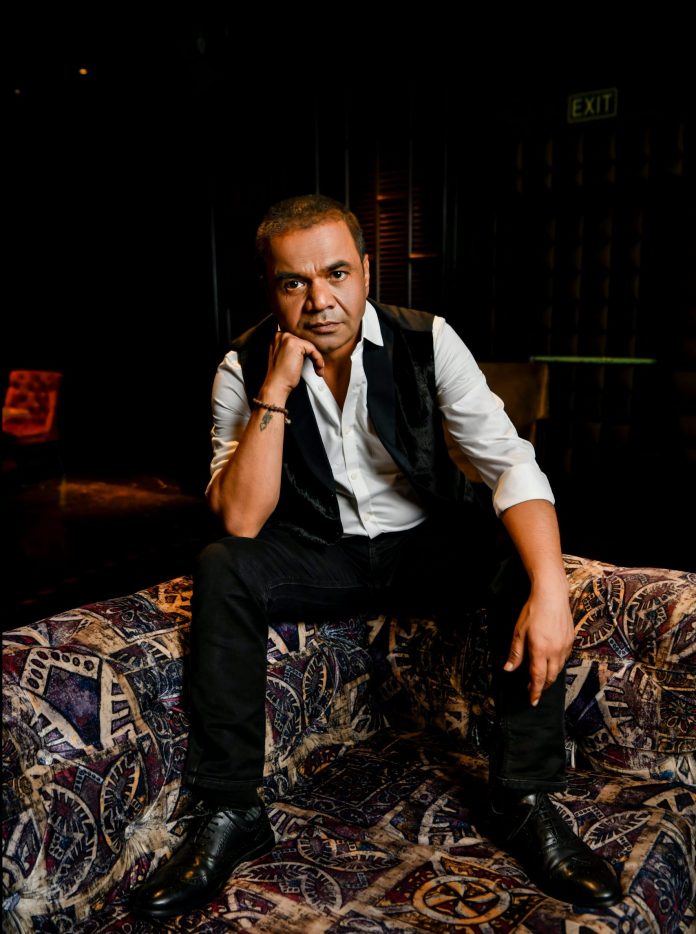 Acclaimed actor Rajpal Yadav is widely regarded as one of this generation’s greatest comedy performers.

He has added gravitas to good films with great performances and entertained audiences around the world. That chameleon-like ability and impressive range has enabled him to portray a wide array of characters in diverse projects.
In 2022, he starred in Hindi cinema’s biggest commercial hit Bhool Bhulaiyaa 2 and showed off his ability in Ardh, where he played a struggling actor who dresses up as a eunuch to earn a livelihood, while still auditioning for films.

With many more projects on the way, across multiple platforms, the loveable Bollywood star still has a great appetite for acting and was happy to discuss his journey with Eastern Eye.

He also spoke about the secret of a great comedy performance, his acting hero,
inspirations, and dream role.

How do you look back on your journey?
My acting journey has been really amazing. When we were at the acting institute, we were taught not to get type-cast. In the past 20 years of working in cinema, I’ve lived new characters and played a variety of roles. I’m very happy with this journey and there is a long way to go.

What is the biggest life lesson being an actor has taught you?
This wonderful profession will teach you plenty of life lessons if you let it, because we, as actors, live so many different lives. Acting is like a cricket match and entertainment is a field. Every day as an actor is a new day with new fights and challenges. One must prove themselves each time and can’t rely on any past win.

Which character is closest to your heart?
My personal (real) character and who I am is the closest to me. Every other character I have played is a part of my profession, and I give each one the same focus. But the one that remains with me every day is ‘me’.

What role challenged you the most?
An actor always wishes to get challenging roles. If the role is challenging, it gives them pleasure. I’ve always given my best to every character I’ve played, so can’t choose one in particular. All the characters I’ve played are very close to my heart and have taught me something.

Who have you enjoyed working with the most?
I respect all my co-actors but Rajpal Yadav loves working with Rajpal Yadav because when you are truly happy from within, others around you also reflect that positivity.

Comedy is the hardest genre, but you are brilliant at it. What is the secret of a great comic performance?
I think the key is to get the timing right. When that happens, then everything else will fall into place. In cricket, if you do not get the timing right as a batsman, your stumps will be knocked out, but if you hit the ball correctly it will give you a sixer – that’s the same in comedy. I also look for ways to add something new to each performance.

You bring a great uniqueness to each project you undertake. How do you
approach a new role?
I use the five ‘W’ formula of Who, What, When, Where and Why. It helps me
understand the character better. Once I get that understanding and combine it with hard work, then everything else falls into place.

How do you feel about Bhool Bhulaiyaa 2 being this year’s biggest hit?
When one film becomes a hit, two hundred families get happy, and we get blessings from people around the world. It also opens greater avenues to make new films. I’m very thankful to God that Bhool Bhulaiyaa 2 worked great, and the movie received a lot of love. Chota Pandit is a very loved character and I’m thankful to the audience for it.

What was the experience of acting in 2022 film Ardh, where you played such a multi-dimensional role, that of a family man, struggling actor, and
someone pretending to be a eunuch to earn money?
It was a fantastic experience with Ardh. It shows how a man tries his best to
provide for himself and his family. It’s a ‘reel’ story inspired by real life. As an
actor, it gives me a lot of satisfaction. It also gave me confidence to take more challenging roles. A character in reel is not real. In reel, if the character is challenging, it brings a lot of excitement. I am very lucky to get challenging roles as the central character in theatre, television, and movies.

Do you have a dream role?
The great thing about this profession is that there are an infinite number of roles, and many will take you by surprise, when you least expect it. Writer Nilay Upadhyay’s novel Kalastra has the character of a master entertainer. The character of Manoranjan Kumar is my dream role and I’m getting prepared for it. I can’t wait to share it with people.

You started off by playing negative roles. Do you see yourself taking on a villain character?
I don’t reserve myself for a certain role. I’m always looking for opportunities. I don’t mind if the role is negative, comedy, or a mere guest appearance. I would always look for a character that is challenging and has a lot of depth in it. For me, there is no beginning or end. Whenever I get a character that I can do justice to, I’ll do it.

What inspires you?
The actor in me gets inspired by air, water, earth, the environment, and travel. I try to get into the character and use this inspiration to get better. The love for my craft also inspires me.

Who would be your own acting hero?
There have been so many great actors from the very beginning of cinema, so it is difficult to name one, but according to me Charlie Chaplin is the foundation of comedy. I love his work. He was a visionary and created timeless work, which is still loved around the world.

As someone who is technically great, what advice would you like to give young actors?
There is no lesson for upcoming actors. Once you hear action and deliver your first dialogue and move on to to the second one, you automatically get old. Your creativity is the only key to keep you new. Every day is a new day, where you struggle, innovate, and learn. You can use th five ‘W’ concept of Who, What, Where, When and Why to understand your character better and become your own seed of experience and compare your own growth.

What are some of your big passions away from acting?
I love to serve people and be purposeful towards society. I also have a great interest in politics, so those are my big passions.

What do you enjoy watching as an audience?
Rather than anything on film, TV, or web space, as an audience, I love to see what is happening around the world. This helps me get updated with new trends. Observing people inspires me and gives me new ideas for my next performance.

If you could master something new what would it be?
Acting is something that you keep learning. Every day you get to play a different character and you speak through it. Apart from acting and serving people, the third thing for me would be golf. The sport has always intrigued me, and I would love to learn it professionally.

What forthcoming projects do you have on the way?
I have a few web series, web films and cinema releases coming up soon. I’m completing them one by one and all the characters I’m playing have distinguished personalities and play a key role in each project. So, I have lots to look forward to.

Why do you love being an actor?
If the actor is not true from within, the art will not come out naturally. I try to stay true to my art and teach myself new things and test if I got it right. I also rate myself after each test. I believe ‘reel is the illusion of reality’ and that is the reason I want to stay true and honest with myself. I also love to be responsible in everything I do.