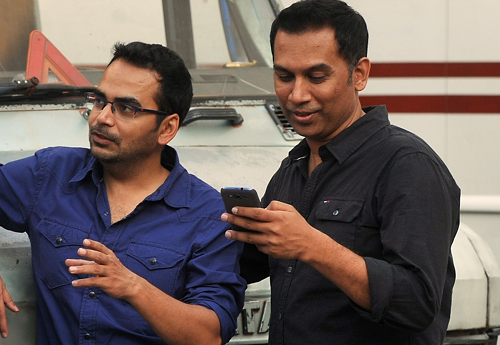 The Family Man season 2 is one of the most awaited web series of the year. The show stars Manoj Bajpayee, Priyamani and Samantha Akkineni in the lead roles.

The trailer of the series was released a few days ago, and while it is getting a great response, a section of people is not happy as they feel that the series showcases Tamilians in a bad light. Member of Rajya Sabha, Vaiko, has also written a letter to Information and Broadcasting Minister, Prakash Javadekar, seeking a ban on the series.

Directors Raj and DK have given a statement regarding the controversy. The statement reads, “Some assumptions and impressions have been made based on just a couple of shots in the trailer. Many of our lead cast members, and key members of the creative & writing team are Tamilians. We are very cognizant of the sentiments of the Tamil people and Tamil culture and have nothing but the utmost love and respect towards our Tamil people. We have put in years of hard work into this show, and we have taken great pains to bring to our audiences a sensitive, balanced, and riveting story – much like we did in Season 1 of the show. We request everyone to wait and watch the show when it releases. We know you’ll appreciate it once you watch it.”

The Family Man season 2 is slated to release on 4th June 2021. The series will mark Samantha Akkineni’s Hindi debut.