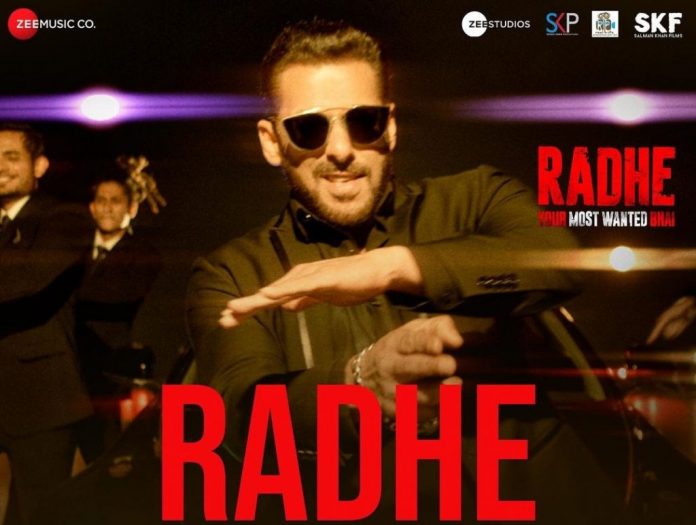 Prabhudeva’s Radhe: Your Most Wanted Bhai starring Salman Khan, Disha Patani, Randeep Hooda, and Jackie Shroff was all set to release on Eid 2020. But, due to the lockdown, the film was postponed.

Finally, earlier this year, the makers decided to release it on Eid (13th May 2021) this year. But, unfortunately, due to the second wave of Covid-19, many states in India once again announced the lockdown. So, the makers of the film decided to release Radhe on multiple platforms. It has released in theatres (overseas and a few screens in India) as well as on Zee5’s ZeePlex and other DTH services.

Radhe: Your Most Wanted Bhai is about a suspended cop Radhe (Salman Khan), but his suspension is revoked so he can solve a drug mafia case in Mumbai. Rana (Randeep Hooda) is a drug dealer and because of him kids are getting into drug addiction, so Radhe decides to clean the city.

The movie is inspired by the Korean film The Outlaws. While I have not seen The Outlaws, for me Radhe was a totally new and fresh movie. The basic storyline of the film is quite good, and people will relate to it as from the past one year we have been hearing and reading a lot about drug abuse in Mumbai.

But, what goes wrong in Radhe is the screenplay and narration. The forced comedy in the film, weak female characters, and outdated narration, make this one a disappointing watch. Also, Radhe has many things that will remind you of other movies that you have seen in the past. For example (spoiler alert) Salman Khan and Disha Patani’s model angle will remind you of Ghajini.

While screenplay and narration lack the punch, thankfully the action is quite good. You will enjoy the action sequences.

Talking about performances, Salman Khan is damn good as Radhe and he has carried the film on his shoulder. His fans are in for a treat as we get to see his Bhai swag after a long time. Disha Patani has nothing to do in the film apart from looking good. Jackie Shroff tries to make us laugh with his act, but it is sad to see such a veteran actor in a caricature type of character.

Randeep Hooda is strictly average as the villain Rana. Megha Akash is wasted and Arjun Kanungo fails to make a decent acting debut.

The music of the film is also not up to the mark. Dil De Diya is the only song that impresses. Himesh Reshammiya’s music, Payal Dev’s voice, and Jacqueline Fernandez’s amazing dance moves get a relief.

Overall, Radhe: Your Most Wanted is a treat for Salman Khan’s fans, others can skip it.