Home Enterainmnet stories R Balki wraps up filming his next Chup: Revenge of the Artist 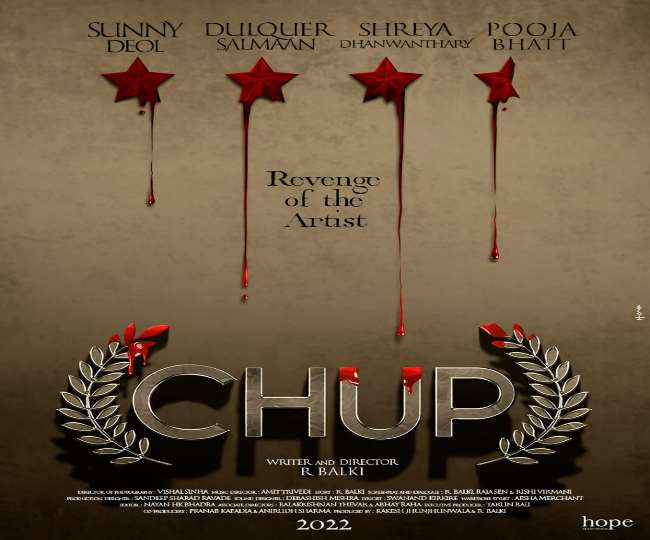 Filmmaker R Balki has finished filming his next directorial venture Chup: Revenge of the Artist. The psychological thriller, which began production a couple of months ago, features Sunny Deol, Pooja Bhatt, Dulquer Salmaan, and Shreya Dhanwanthary on the ensemble cast. Megastar Amitabh Bachchan also essays an important character in the film.

Dhanwanthary, known for her powerful performances in The Family Man (2019), Scam 1991: The Harshad Mehta Story (2020), and Mumbai Diaries (2021), took to Instagram and posted a series of stories from the film’s set. “It is a wrap on Chup- Revenge of the Artist,” the actress wrote.

In another story, Dhanwanthary posted a video of Salmaan cutting the “final wrap cake” with her and the crew. This is the first time when the entire lead cast of the film is working with award-winning filmmaker Balki. The filmmaker is known for such notable films as Cheeni Kum (2007), Paa (2009), Ki & Ka (2016) and Padman (2018).

The screenplay and dialogues of Chup have been co-written by Balki and film critic-turned-writer Raja Sen and Rishi Virmani. Sen also shared a picture with the 57-year-old filmmaker on Twitter and announced the completion of the project.

The film’s title was revealed on October 10, on the death anniversary of the legendary actor-filmmaker Guru Dutt, with Balki saying that Chup is an “ode to the sensitive artist.”  Chup is backed by Hope Productions and Rakesh Jhunjhunwala. It is co-produced by Pranab Kapadia and Anirudh Sharma, with Amit Trivedi attached as music composer.