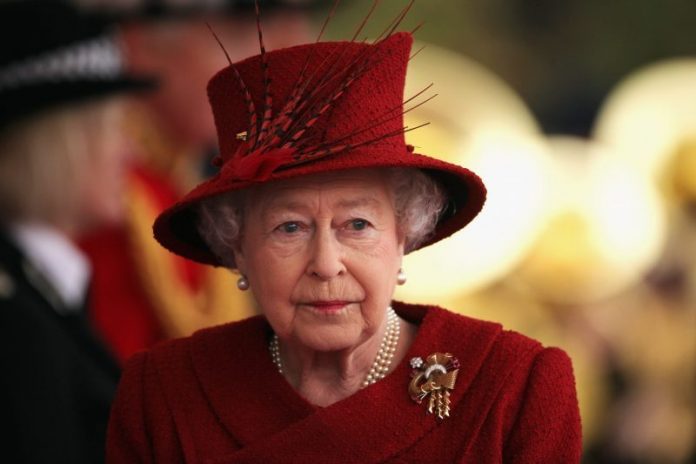 Ailing Queen Elizabeth on Tuesday (29) made her first major public appearance in months, at a thanksgiving service for her late husband, Prince Philip, who died last year aged 99.

The monarch, who turns 96 next month, has not attended a high-profile event outside her homes since she spent a night in hospital last October.

Queen Elizabeth’s health, including a bout of Covid, and difficulties walking and standing forced her to pull out of the Commonwealth Day service at the last minute on March 14.

Buckingham Palace only confirmed her attendance at Prince Philip’s memorial service around two hours before it was due to start at Westminster Abbey in central London.

Unlike other members of her family and guests, she arrived by a side entrance and used a walking stick as she was helped to her seat by her second son, Prince Andrew, 62.

It was Andrew’s first public appearance since settling a US civil claim for sexual assault, and after public outrage at his friendship with convicted sex offender Jeffrey Epstein.

Andrew took up a seat in the front row alongside his younger brother, Prince Edward. His elder brother Prince Charles, sister Princess Anne, and the Queen Elizabeth sat opposite.

The Duke of Edinburgh ‘Prince Philip’, to whom the Queen Elizabeth was married for 73 years, died on April 9 last year, just a few weeks short of his 100th birthday, after treatment for a heart condition.

Coronavirus restrictions at the time meant long-rehearsed plans for his funeral were hastily revised, and just 30 mourners attended.

The sight of her alone at the service has become an enduring image of the pandemic.

Tuesday’s event in front of the 1,800-strong congregation was a chance to include elements of the original plan, including sermons, prayers and music he chose himself.

Much of the focus was on the straight-talking former naval officer’s charity work, particularly his Duke of Edinburgh Awards scheme for young people around the world.

The sight of royals and their foreign counterparts, dignitaries, a traditional Church of England service, plus crowds outside the abbey, gave the impression of a return to business as usual.

A spokesman for prime minister Boris Johnson said it was “welcome to see Her Majesty out today, continuing her incredible decades of service to the country”.

But it has been an eventful year in the storied history of the royal family, with the growing sense of the end of an era.

Much of the focus has been on the Queen Elizabeth and her health since her unscheduled hospital stay was revealed, soon after she hosted world leaders at Windsor Castle and made a speech at the opening of the Welsh Assembly in Cardiff.

Doctors ordered her to rest and she cancelled a string of high-profile engagements, including hosting world leaders at the UN climate change summit in November.

She has held private audiences from her Windsor Castle home, mostly by video-conference.

On February 5, she met some members of the public at her Sandringham estate in eastern England, a day before the 70th anniversary of her accession to the throne.

She has complained of mobility issues, with reports she has been using a wheelchair — and even a golf buggy — in private.

Speculation has also been rife that she could soon spend more time at her Balmoral estate in Scotland, after claims that a stair lift has been installed.

Andrew’s lengthy legal battle has overshadowed the royal family, which has also faced claims from the queen’s grandson, Prince Harry, of racism.

He and his wife Meghan Markle quit frontline duties in 2020 and moved to the United States.

Harry, 37, who also criticised his father Prince Charles and brother Prince William in an explosive television interview last year, is currently battling the UK government in the courts over his security arrangements.

He stayed away from his grandfather’s service but has confirmed he will be at his Invictus Games for disabled veterans in the Netherlands in the coming weeks.

With eyes increasingly on the succession, there have been clear signs future issues loom, when William toured Belize, Jamaica and The Bahamas last week.

The visit was criticised for being a throwback to colonialism and afterwards William acknowledged calls for the British monarch to be replaced as head of state.

That has been seen as potentially fuelling similar movements in other Commonwealth countries, with Edward due to visit other Caribbean nations next month.