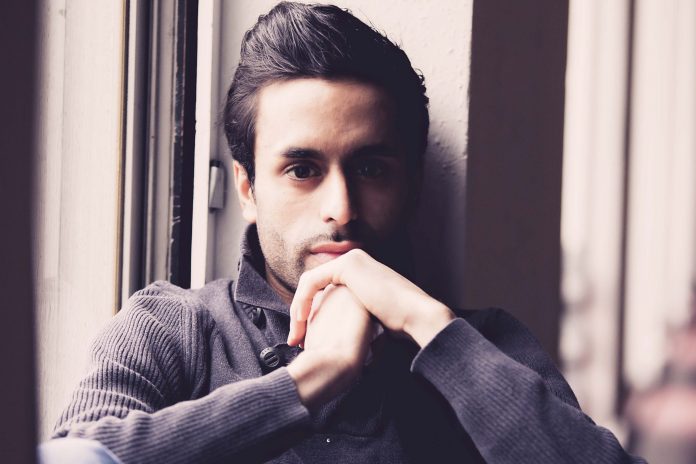 A LEADING musician, community leaders, campaigners and choreographers are among Asians honoured in the Queen’s New Year Honours List, announced this evening (30).

This year’s is the most ethnically diverse list yet, with 14.2 per cent of recipients coming from a black, Asian or ethnic minority (BAME) background. In total, 1,239 people have received an award.

Those who have been awarded a CBE (Commanders of the Order of the British Empire) include:

· Fayyaz Afzal, circuit judge in England and Wales, for services to the judiciary and to diversity and inclusion

· Professor Bashabi Fraser, for services to education, culture and integration in Scotland

Among those recognised with an OBE (Officers of the Order of the British Empire) include actress Nina Wadia, for services to entertainment and to charity; Professor Partha Sarathi Kar, consultant and endocrinologist at Portsmouth Hospitals NHS Trust, for services to people with diabetes and Lord Diljit Singh Rana, chairman of Andras House Ltd, for services to business and the economy in Northern Ireland.

Those awarded with an MBE (Member of the Most Excellent Order of the British Empire) honour include:

· Tiger de Souza, volunteering and inclusion director for National Trust, for services to volunteering in the not-for-profit sector, particularly during the Covid-19 response

· Anita Goyal, for services to diversity and to female empowerment

· Humza Arshad, comedian and writer, for services to education

De Souza provided leadership to the National Trust’s 50,000 volunteers and was instrumental in helping the charity establish their Covid-19 secure guidance to volunteering. On his reaction to the honour, Souza admitted he was “stunned” after he received the news.

“I remember looking at the email and thinking, ‘is this real?’”, he told Eastern Eye. “I didn’t see it coming. I feel incredibly humbled, privileged and grateful to be a recipient.”

He also coordinated celebrations of Volunteers’ Week in June during lockdown, ensuring that the national celebration of volunteers took place and was marked despite lockdown. “When I heard that the celebration would be cancelled, I just thought it was a crying shame,” de Souza said. “I was just thinking about the millions of people who have done so much to help the country at a time of crisis. I felt that it was really important that we recognise them for their efforts.”

Campaigner Goyal has been recognised for her work raising awareness of Female Genital Mutilation (FGM), menstrual discrimination and human trafficking within minority community groups. Goyal, who became the honorary lead for the FGM Appeal with Barnardo’s charity in 2018, said she was “honoured” to receive the award.

“(It) will help me serve communities even more,” she said. “I’m hugely committed to equality and expanding the opportunities available to women, children and young people especially those from disadvantaged backgrounds.”

Steven Kapur who is better known as Apache Indian, founder of the Apache Indian Music Academy, has been awarded with a British Empire Medal (BEM) for services to music and young people.

Musician Apache Indian released a series of hits during the 1990s. He opened the Apache Indian Music Academy at South and City College in 2013 and said receiving the award has inspired him to continue making new music.

“It makes me want to do more,” he told Eastern Eye. “I’m going to go into a different gear and new chapter, especially after the year that we’ve had. (The honour) is an inspiration to me.”

The Birmingham-based songwriter said he understood the difficulties for young people growing up and was determined to “give something back to them”.

“Throughout my music career over the years, I’ve thought it can’t just be about the travelling, the fame and the money. I always knew there was something missing,” he said. “I found the answer – it was about giving back. And when I (opened the music academy) seven years ago, it completed my life.”

Award-winning choreographer and dancer Aakash Odedra has been honoured with a BEM. Odedra, the artistic director of the Aakash Odedra Company, was recognised for services to dance and to the community in Leicester. He said, “This award comes after what has been a very challenging year for the global arts sector, and I am honoured to accept it in the spirit of hope and confidence in all our futures.”

Nadeem Khan, a charity helpline housing adviser for Shelter, also received a BEM. The charity worker was recognised for his efforts during the pandemic. Unable to return to the UK from Pakistan due to the crisis, Khan worked from his personal laptop from a rooftop in Lahore delivering housing advice to more than 500 people during three months.

“I feel really humbled to have played a frontline role in helping people keep safe during what’s been a really difficult year,” he said. “I feel honoured to be recognised for the work that not only I do, but the work that Shelter has been doing to provide support for those facing homelessness.”

Professor Iqbal Singh OBE, who is part of the Cabinet Office’s honours diversity committee, said it was “fitting” that 14 per cent of awards went to ethnic minorities, noting the disproportionate impact on BAME healthcare staff during the coronavirus crisis.

“It is important that their contributions are recognised,” he said.

Syed Kamall and Wajid Khan have both been included on the list, which sees nominations from leaders of the Conservative and Labour party. Kamall is the former leader of the Conservative Party in the European Parliament and an MEP for London while Khan is a former MEP for north-west England.

To nominate someone for an award, see www.gov.uk/honours