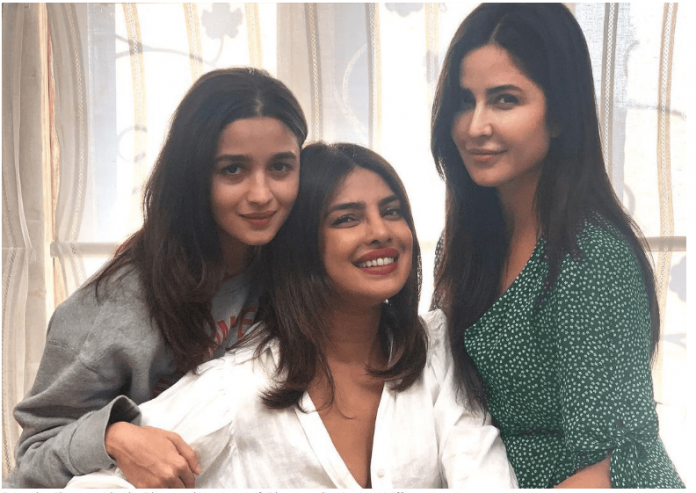 While Priyanka Chopra is busy appearing in international projects back-to-back, her diehard Indian fans want to see her in a Bollywood film soon.

The global icon is set to mark her return to Hindi cinema with Farhan Akhtar’s Jee Le Zaraa which was announced last year. The film also stars Katrina Kaif and Alia Bhatt in prominent parts.

In a recent interview, Chopra said that co-starring alongside Katrina Kaif and Alia Bhatt in Jee Le Zaraa came as a big surprise for their fans.

Talking about what led her to say yes to the film with her contemporaries, Chopra said, “The three of us decided we wanted to do a movie together and partner together to produce it. But the idea is, yes, it was very different when I started out. We were all pitted against each other, and our casting was very dependent on the lead actor of the movie, and it depends on who is the flavour at that time and that was a very unsettling feeling. It’s a really telling question because it really gave my career a very specific direction because of a specific uncomfortable feeling.”

Opening up about how she shaped her career in a male-dominated industry, she said, “I took on many parts which were female-driven. I took on movies that were solely on my shoulders because it was very uncomfortable to have to be the flavour of the season and then not get cast. So, it defines me taking on movies that didn’t necessarily always have the big male leads and it made my career very much my own.”

To be helmed by Farhan Akhtar, Jee Le Zaraa is produced by Farhan and Ritesh Sidhwani’s Excel Entertainment, and Tiger Baby, headed by Zoya Akhtar and Reema Kagti. The film is expected to get off the ground in September this year.