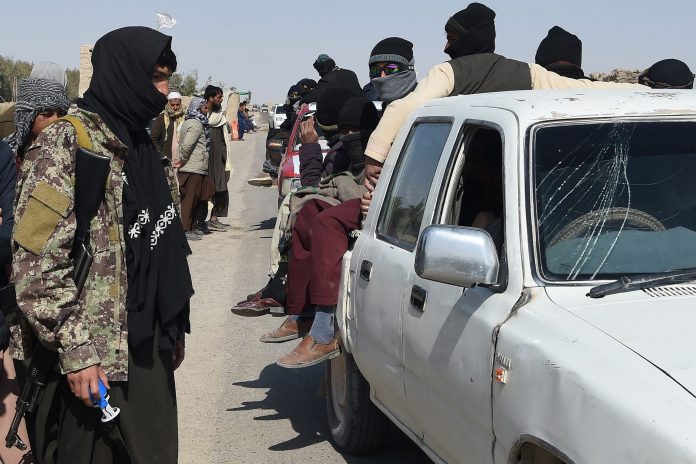 The Pakistani Taliban on Wednesday announced it would launch a Ramadan offensive against security forces, after claiming an attack which the military said killed at least six of its soldiers.

The Tehreek-e-Taliban Pakistan (TTP), a separate movement that shares common roots with the militants that took power in Afghanistan last year, have stepped up attacks in recent months.

The government held a series of talks with the militants late last year before an agreed truce collapsed.

The spring offensive will begin on the first day of the Muslim holy month of Ramadan, starting on Sunday or Monday, and will target security forces and their collaborators, Mohammad Khorasani, spokesman for TTP militant group said in a statement.

“This operation will include martyrdom (suicide) operations, ambush attacks, mine operations, counter-attacks, target attacks, laser and sniper operations,” he added.

The TTP are pressuring the government to allow militants to return to their hometowns with impunity after foreign fighters were told by the Afghan Taliban to leave Afghanistan.

A spring offensive is a rare move by the TTP.

It comes after the country’s armed forces said militants attempted to storm a compound in the border region near Afghanistan, killing at least six Pakistani troops.

The attack was claimed by TTP, who said they had killed or wounded more than 30 soldiers.

The militants often exaggerate their gains, while the military’s public relations department also plays down losses or delays reporting them.

The announcement came as Prime Minister Imran Khan was facing a no-confidence vote — the biggest challenge to his power since becoming leader in 2018.

Pakistan’s restive border region has long been a stronghold for groups such as the TTP, which operates across the porous boundary with Afghanistan.

The group plunged the country into a period of horrific violence after forming in 2007, before a major crackdown in 2014 forced them into hiding across the border.

But since the Taliban’s takeover of Kabul, the local group has become emboldened and carried out dozens of such attacks on Pakistan’s soil.

The TTP and Islamabad agreed to a truce in November.

But it failed on December 10, with the hardliners accusing the government of violating the terms of the truce.