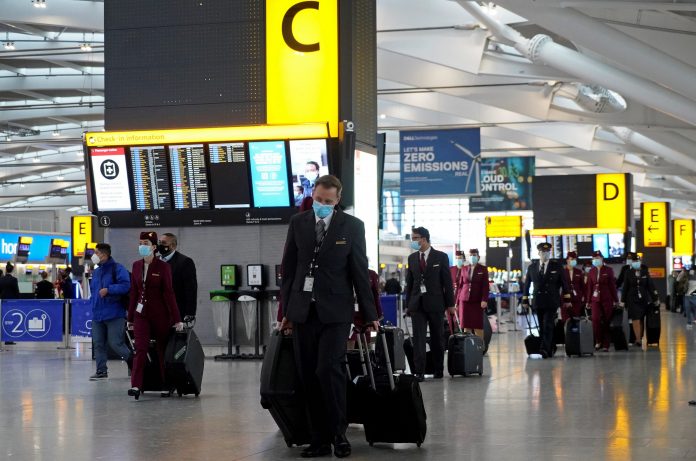 Pakistan on Monday extended the ban on flights from the UK for another week over fears of a new variant of the coronavirus which is reportedly spreading at a much faster rate.

The extension was announced by the Civil Aviation Authority (CAA) after the government decided that the threat level regarding the virus from the UK had not reduced.

A communique sent by the CAA said: “The restrictions will remain in place till January 4, 2021, 2359 hours.” The restrictions may be reviewed for further extension later.

Initially the ban was imposed last week at the recommendation of the National Command and Operation Centre (NCOC) and it was to stay until the midnight of December 29.

The restrictions introduced through the previous communique are still in place. Pakistani passport holders who have travelled to the UK on visitor/temporary visas will be allowed to return to the country but will have to show a negative polymerase chain reaction (PCR) test, conducted within 72 hours prior to flight, according to the restrictions.

The passengers will also take a PCR test on arrival in Pakistan under arrangement with the Directorate of Central Health Establishment or regional health staff and will stay inside the airport or in a government facility until the PCR test is taken.

They will observe a mandatory enforced home quarantine for seven days. The trace and test apply to all passengers arriving from the UK.