Home HEADLINE STORY No intention to change the way I live: Sadiq Khan on Buffalo... 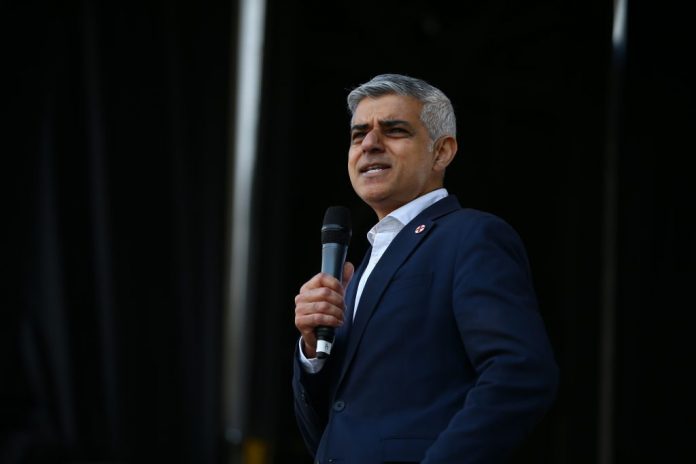 LONDON mayor Sadiq Khan has said that he would not allow threats from “terrorists” to change the way he leads his life, according to a report.

He was responding to the threats by the alleged Buffalo shooter Payton Gendron, 18, at a supermarket in the US.

Khan was reportedly described as a “Muslim invader” under a page entitled “kill high-profile enemies” in a 180-page “manifesto” published online by Gendron.

Gendron is accused of shooting dead 10 people in Buffalo on Saturday (14).

“My heart goes out to those 10 families who are grieving. We know white supremacist terrorists want to divide communities, make us cower, make us not lead the pluralistic lives we lead. Diversity is a strength and I’m not going to allow terrorists like this man to change the way I lead my life,” Khan told The Guardian.

“But it’s really important that we as a city recognise that because of our pluralism, our diversity, our values we are a target for terrorists, in Buffalo or London – we’ve got to be vigilant, never complacent.”

When asked if he felt safe in his role, Khan said that he is being looked after by ‘dedicated, decent brave police officers’.

“It’s been on public record that I receive police protection. It’s unfortunate but it’s a fact of me being mayor,” he added.

In the “manifesto”, Khan is one of three high-profile men on the list, the other two being the businessman and philanthropist George Soros, and the Turkish president, Recep Tayyip Erdoğan.

According to reports, Gendron reportedly provided links to UK criminal cases including the Rotherham sex abuse scandal, and other cases including in Keighley, Rochdale, Peterborough and Telford.

Responding to the shootings, Khan tweeted: “The thoughts and prayers of London are with the people of Buffalo and all the families who have lost loved ones in this dreadful attack. Our diversity is our strength. Hate will never win.”

It is not the first time Rotherham and the London mayor have been cited in an attack. The rightwing Finsbury Park terrorist, Darren Osborne, jailed for 43 years for his murderous attack on Muslims at the north London mosque in London in 2017 when he drove a van into the crowd, referenced the Rotherham scandal, where defendants were mainly from Pakistani, and therefore Muslim, backgrounds. The note also railed against Khan.

Brenton Tarrant, convicted of the 2019 Christchurch mass shooting at two mosques in New Zealand in which 51 people were killed, also named Khan in a 74-page manifesto.

Khan already had round-the-clock close protection security from a team of about 15 specially trained officers and leaves home only with an armed guard. All his journeys have to be planned and agreed with police, The Guardian report added.

He is the first London mayor to receive such intense security and has been a long-term hate figure for the extreme right.

Khan was first elected in 2016, and soon afterwards the Home Office ministerial liaison unit assessed him as facing sufficient threat to require armed protection from the police.

Spats with the US president, Donald Trump, raised Khan’s profile, as did the terror attacks in 2017 on London when Khan’s media profile increased.

He accepted close protection security in 2017 though refused it in 2016. There are also security measures at his home.