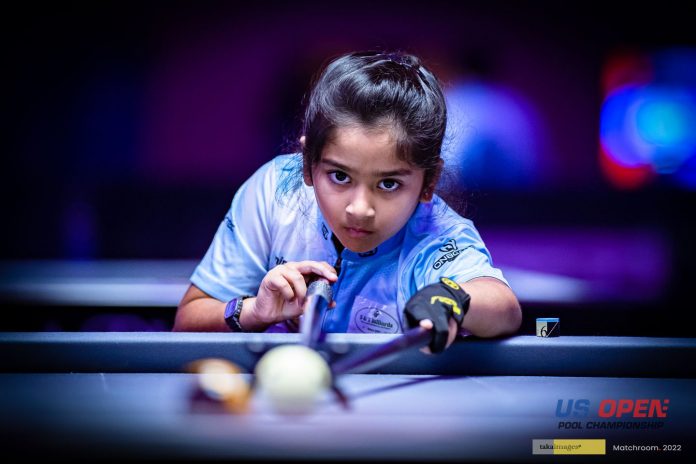 Nine-year-old NRI girl Tanvee Vallem has been invited to participate in the World Women’s 9-Ball Championship, making her the youngest person to get an invite for the pool tournament, according to a media release.

The 2023 Kamui World Women’s 9-Ball Championship is slated to be held in Atlantic City from January 19 to 22 after a four-year hiatus.

Nicknamed the ‘Lilac Tiger’, Tanvee achieved a similar feat when she participated in the World Junior 9 Ball Championship held in Puerto Rico in November 2022.

Tanvee who was born in Hyderabad and now lives in Maryland in the US with her parents is coached by Roy Pastor, who is the lead instructor for Break and Run Junior Instruction Program, a free online programme by Billiard Education Foundation (BEF) focused primarily on juniors.

Great Britain’s Kelly Fisher will be defending champion after she won the title for the second time in 2019, when the tournament was staged in Sanya, China.

The Women’s WPA 9 Ball World Championship tournament which is an invite-only championship was kicked off in 1990, but it got shelved due to the pandemic and is currently returning after a four-year hiatus.