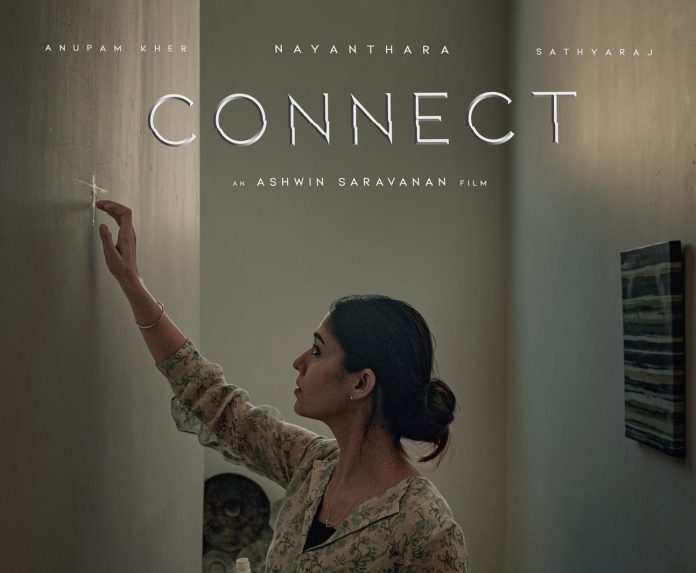 In 2015, Nayanthara had teamed up with filmmaker Ashwin Saravanan for a horror movie titled Maya. It was one of the highest grossing Tamil films of the year.

Now, the director-actress duo has teamed up once again for a horror movie titled Connect. On Nayanthara’s birthday (18), the makers announced the film and shared the first look poster.

Saravanan tweeted, “6 years later & the reunion has finally happened. Extremely honoured to be working with the one and only! Thank you @VigneshShivN brother & @Rowdy_Pictures for backing my vision. I couldn’t be more excited to show the world what we are up to. #HappyBirthdayNayanthara #Connect.”

He shared another poster of the film and wrote, “Here’s the second look of #Connect featuring @HaniyaNafisa . Still hard for me to believe the kind of talent we have landed for this film. #Nayanthara mam. @AnupamPKher sir. #Sathyaraj sir. We are just getting started. More updates to follow soon. #HappyBirthdayNayanthara.”

Connect is produced by Vignesh Shivan under his banner Rowdy Pictures.

Talking about other projects of Nayanthara, the actress will be seen in Kaathu Vaakula Rendu Kaadhal and Atlee’s next. Atlee’s movie will mark her Bollywood debut and she will be seen sharing screen space with Shah Rukh Khan in it.