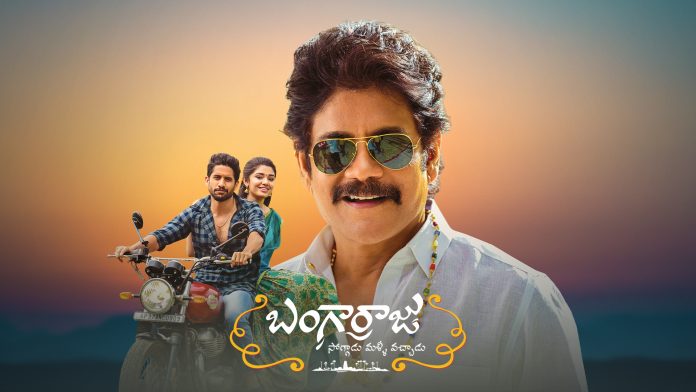 The Telugu-language supernatural drama film Bangarraju, which hit theatres on January 14, 2022, on the auspicious occasion of Sankranthi, is now set to stream on the largest streaming platform for South Asian content, ZEE5 Global.

Directed by Kalyan Krishna Kurasala, Bangarraju stars Nagarjuna and Naga Chaitanya in lead roles. The film brought the father-son duo together for the first time. It has been produced jointly by Nagarjuna’s Annapurna Studios and ZEE Studios. Bangarraju released in theatres for Sankranthi this year and emerged as a blockbuster at the box office by entertaining the audience on the silver screen. It will now stream on ZEE5 Global from February 18.

Archana Anand, Chief Business Officer, ZEE5 Global, said, “We are the only streaming platform for South Asians that offers such a rich content library across 18 languages including 11 Indian languages. Adding to our South content library is a key focus area for us and we are seeing strong growth across global markets for our recent releases, especially for Telugu movies. We’re excited to now bring our global audiences Bangarraju featuring the biggest stars in the Telugu cinema industry and we look forward to adding this for our viewers on ZEE5.”