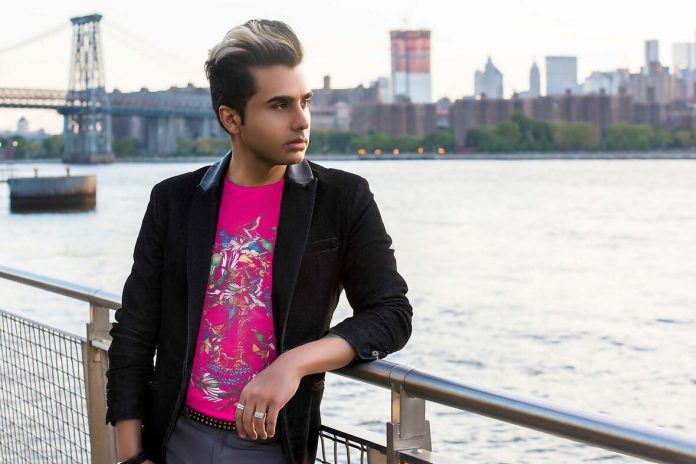 Rising music star Cozmic recently released his sparkling new single By My Side.

The London-based singer, songwriter, and producer, who grew up between Southern California and New York City, has mixed up multiple influences and languages on his top track.

Eastern Eye got the multi-genre artist, aiming to create music that transcends cultural and societal bord­ers, to select 10 songs he loves.

Yesterday by The Beatles: A song that is unbelievable at pulling at the heart strings and evoking emotion. The melodies are incredibly catchy and it’s a song you never forget once you’ve heard it.

Halo by Beyonce: The song gets me every time. It’s hard to write a song professing your love for someone without it landing overly sugary. This song somehow pulls it off. The writing is incredible, and Beyonce’s vocals can bring you to tears on this timeless track.

Liggi by Ritviz: First time I heard this song I was floored. I was like, what is this? So freaking catchy and upbeat. It tastefully fuses current electro-pop sounds with a Hindi music influence and is seriously catchy. It’s a great one to uplift your mood.

Rise For You by Cozmic: (Laughs) I think it’s good to love your own music. This song is inspiring and uplifting. It’s like a dedication to anyone who raises your spirits and doesn’t have to be directed to a romantic interest. It fuses trap, a bit of indie rock and pop in an artful way, and the hook will totally get stuck in your head for days.

Love Yourself by Justin Bieber: The songwriting and vocal delivery are amazing on this song. It’s so simple but just grabs the listener with the witty lyrics anyone can relate to and the smooth vocals that make you to want to sing along. Amazing collaboration, as it’s actually written by Ed Sheeran.

24/7 by Celina Sharma and Harris J: It’s all about the hook. So, freakingcatchy! I got super excited to see this song start blowing up on TikTok, Spotify and more. It’s about time more desi artists break through into the mainstr­eam (like Latin pop and K-pop has). Celina has the talent to do so and become like a desi Ariana Grande.

Cry Me A River by Justin Timberlake: This song does an amazing job at
telling the story that Justin was going through at the time. It’s a way to channel your emotions and frustration in a situation into your art. It feels authentic and is so interesting sonically.

Bom Diggy Diggy by Zack Night and Jasmin Walia: I remember hearing about Zack years ago through a producer I was working with at the time (Rami Beatz), who was doing beats for Zack. Once I started digging into his music, I was super inspired to see how he was fusing so many interesting sounds together and also helping make Asian fusion music more accessible and mainstream. This track is really a breakthrough and it’s impressive to see how it resonated with millions world-wide.

Kho Gaye Hum Kahan by Prateek Kuhad and Jasleen Royal: I love this song because it’s like a Hindi version of an indie folk lo-fi song by a Nick Drake. Or when that sound had a revival in the 2000s with Iron & Wine and the Garden State soundtrack. It’s a dope ‘double-throwback’ fusion.

By My Side by Cozmic: I love how this song blends Hindi, English and Spanish in such a seamless way, on top of a reggaeton beat. It will make you move even if you don’t feel like it. It’s crazy catchy and has a relatable, universal theme of getting back together with the person you love.