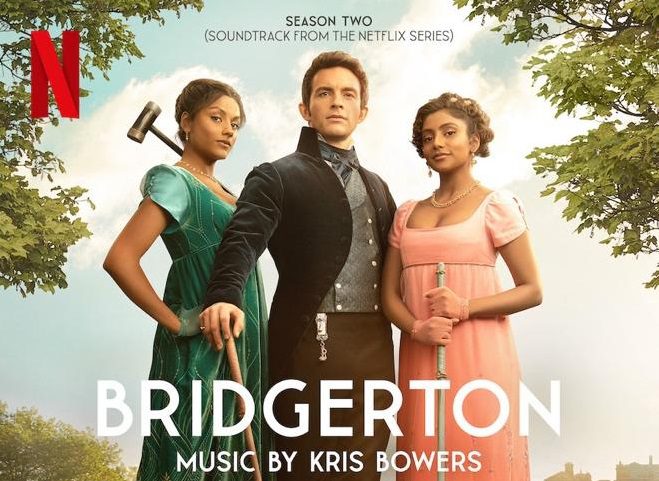 In keeping with the tradition of Julia Quinn’s novels, season two tells the romance story of Lord Anthony Bridgerton’s quest for love.

Bridgerton comes to Netflix from Shondaland and is executive produced by Shonda Rhimes, Betsy Beers, Tom Verica, and Chris Van Dusen. Van Dusen, who also served as creator and showrunner, tapped music supervisor Justin Kamps and composer Kris Bowers for music that infuses the period drama with a modern sensibility.

Bridgerton 2 is filled with orchestral versions of songs from iconic artists of the past three decades. Vitamin String Quartet return with their interpretations of Nirvana’s “Stay Away” and Robyn’s “Dancing on My Own” after covering Ariana Grande, Maroon 5, Shawn Mendes, and Billie Eilish for the first season.