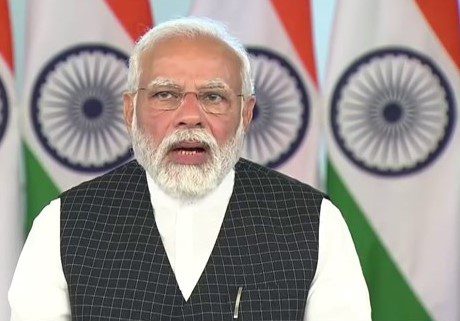 INDIAN prime minister Narendra Modi has thanked volunteer groups, including BAPS Swaminarayan Sanstha, who had supported the evacuation of Indian nationals from Ukraine and neighbouring countries.

In a video conference last week, Modi hailed the emergency response of the groups to help affected people as the war unfolded in Ukraine.

Through its ‘Operation Ganga’, India evacuated around 23,000 Indians from Ukraine, of whom 3,700 were airlifted from Poland.

The flights out of Poland also carried more than 600 students from Sumy who had fled the Ukrainian war zone in a long journey to Przemyśl in south-eastern Poland.

Bimal Patel, a lead BAPS volunteer from Warsaw, Poland, who joined the video conference, thanked the prime minister and the officers of the Indian embassy in Poland for providing infrastructure that allowed volunteer organisations to help the refugees.

More than 60 BAPS volunteers from the UK, Ireland, France, Germany, Austria, Switzerland, Italy, the Czech Republic, Poland and the US had arrived at the Polish city of Rzeszów where they daily provided around 1,000 hot vegetarian meals to evacuees of all faiths and nationalities.

In addition to emergency relief and administrative support for local government agencies, BAPS volunteers provided emotional care to the refugees, both at the relief camp set up by the Indian embassy in Rzeszów as well as on the Polish-Ukrainian border, the Samstha said in a press release.

Modi had called up Brahmaviharidas Swami of the Sanstha on February 27 night, asking for assistance from the organisation in ensuring the safe passage of Indian nationals who had been stranded amid the conflict, it said.

Brahmaviharidas Swami, coordinating the international relief efforts of BAPS in Poland, said, “His Holiness Mahant Swami Maharaj had personally stressed that BAPS must join hands on the ground in this time of need.”

“He… had instructed us to mobilise BAPS volunteers to ensure that we could help as many people as much as possible.”