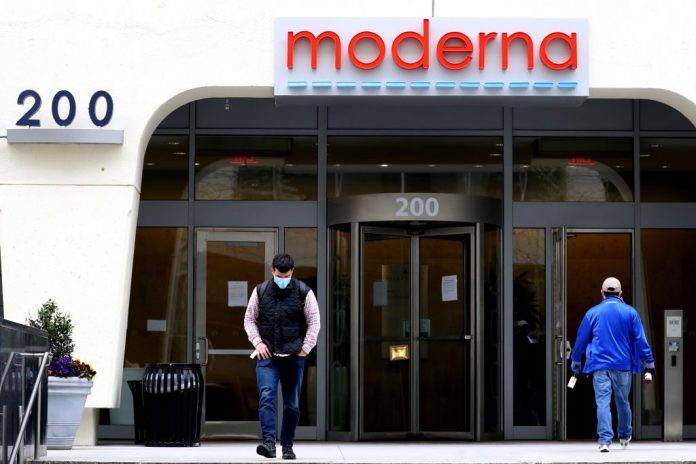 Moderna and the UK government on Wednesday announced a deal for the US biotech firm to build a cutting-edge centre to develop and produce mRNA vaccines for respiratory diseases, including Covid.

The company and the health ministry said in a joint statement that work could start on the manufacturing and research and development centre as early as this year.

The first UK-developed mRNA vaccine is scheduled to be produced in 2025.

No financial details or location for the centre were given but ministers said the deal would give patients on the state-run National Health Service access to “next generation” vaccines and treatments.

It would also ensure “consistent home-made supply” and allow increased production in the event of any future health crisis, allowing the hub to be a global base for clinical trials.

“mRNA technology has proven to be one of the fastest routes to develop highly effective vaccines during the pandemic and has been pivotal in protecting people,” the health ministry said.

It said the technology could lead to breakthrough treatements in a number of disease areas, including cancer, flu, dementia and heart disease.

“Our investment will guarantee jabs in arms against some of the toughest viruses out there, bringing us to the forefront of the fight against future threats,” added Prime Minister Boris Johnson.

Britain was one of the worst-hit countries by the Covid outbreak, with nearly 180,000 deaths.

It bought vaccines in bulk even before they were given regulatory approval for use, including Moderna and Pfizer’s mRNA jabs.

AstraZeneca working with scientists at the University of Oxford developed their own more conventional vaccine.