Home Uncategorized Mining for the future: An industry transformed 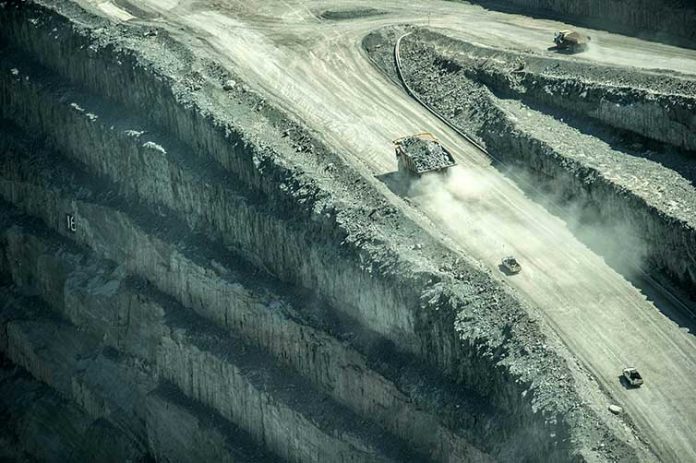 The technological revolution that began in the 1970s and 1980s as we entered the Information Age has been accelerating through the first two decades of the 21st century.It has had a profound impact on every aspect of our lives, from the way that we communicate to the way that we shop, trade or socialize. The global economy has also had to adjust, and companies in every sector have been forced to find ways to incorporate technology into their operations or risk losing money.

But some of the most dramatic changes as a result of the technological revolution have been seen in the mining industry. A sector of the economy that was focused on a relatively unchanging list of raw materials for centuries, has in recent years been forced to adapt to fluctuating demands for new or previously unheralded materials, as tech companies design ever more sophisticated devices, from the latest smartphones to wrap-around televisions and internet-linked household appliances.

In fact, looking through a list of the raw materials that are used to build a typical cell phone or laptop is like going on a tour of the Earth’s geology. Modern technology draws on a vast range of materials, from well-known materials such as tin, lead and gold, to more exotic resources like tantalum and indium. And because evolution in the tech industry moves at a rapid pace, demand for the raw materials that are fueling the revolution increases at a similarly high speed.

As a result, the mining industry has been forced to adapt by developing more flexible and inventive ways to access raw materials, as well as to offer a more complete range of services. The Eurasian Resources Group is one example of a modern mining organization that has sprung up to meet the needs of the new markets, providing logistical and support services alongside their core operation.

The modern mining industry places a premium on agility and ingenuity. A myriad range of factors including market volatility, export restrictions and political pressures combine with the ever-changing demand of the tech industry to challenge the sector’s traditional modes of operation.

New markets for the technology industry are growing all the time. For instance, the rapid economic growth of China over the last three decades has made it the world’s number one consumer of metals. China also holds a large proportion of the global reserves ofsome of the world’s most important technology materials, including tungsten, which enables cell phones to vibrate, but the Chinese government applies strict export restraints on its raw materials, presenting challenges both to mining operators and technology manufacturers.

Russia has also become one of the world’s leading sources of mined materials, most notably for itsreserves of platinum. Platinum, along with palladium, is widely used in the automotive industry where it is an important component in technology that reduces air pollution. But the fastest rising demand for platinum-group metals (which includes osmium, rhodium, ruthenium and iridium) is from the technology industry, where these materials are used in everything from LCD panels to hard disks.

Another in-demand material, used widely in the technology industry, is beryllium, a metal that boasts a high melting point and considerable strength. Beryllium is an important component in electronic devices as copper-beryllium alloys are used in the manufacture of springs, connections and computer motherboards. It is also found in a range of medical equipment, domestic appliances and vehicle electronics, and is one of the most widely-employed raw materials by the technology sector. But it poses challenges for mining companies, as it is toxic, so the extraction of beryllium, the bulk of which is done in Utah and Alaska in the US, requires specialized skills and equipment.

The technology industry still has a use for longer-established materials. For instance, metallic lead features in electrical soldering on circuit boards, and a typical computer monitor may include up to eight pounds of lead. Mercury is used to help illuminate flat screen displays, nickel finds its way into the manufacture of circuit boards, as does tin and zinc, and oil also has a role in the manufacture of technology, where it is used for plastic casing and components.

All of this shows, that no matter how sophisticated our societies become, we still rely on materials that have to be extracted from the ground. From niobium and cadmium to gold and tin, the technology industry depends entirely on modern mining companies to provide the resources to fuel the future.