Home article Melbourne Cup 2020: How to Pick The Winner

Millions of people will bet on the Melbourne Cup before the famous race takes place at Flemington Racecourse on November 3. We have compiled some key trends to bear in mind before parting with your hard-earned cash:

Look Beyond the Favourite

The last favourite to win the race that stops a nation was Fiorente back in 2013. It is therefore high time a favourite surged to victory, but the fiercely competitive nature of the race means that there is often a great deal of value further down the field. Look at each confirmed runner with an open mind, decide if the favourite for the 2020 Melbourne Cup actually deserves that status and do not be afraid to back a longer shot.

We have crunched the numbers and found that the average starting price of Melbourne Cup winners over the past five years was $29.74. That is skewed by 100/1 ($101) roughie Prince of Penzance, who secured an unlikely triumph in 2015.

If you take him out of the equation, the average SP for Melbourne Cup winners over the past four years was $12.18. You can find out more information here about the 2020 Melbourne Cup, but the horses vying for favouritism – Tiger Moth, Russian Camelot and Surprise Baby, are priced at between $8 and $10.

There have been four $101 outsiders that emerged victorious at the Melbourne Cup over the years, while several other long shots have saluted. The sweet spot appears to be the $15 to $20 mark, which could inspire your betting decisions.

Legendary mare Makybe Diva wrapped up her third consecutive Melbourne Cup triumph to tremendous acclaim back in 2005. Her exploits captured the hearts and minds of a nation, and she remains the most successful horse in the race’s 159-year history.

However, there has not been a female winner of the race that stops a nation since then. The males have had it all their own way, so you might be tempted to draw a line through any mares lining up this time around.

Yet Verry Elleegant is certainly in with a chance of breaking the male dominance. She delivered a superb performance to win the Group 1 Turnbull Stakes over 2000m at Flemington a couple of weeks ago. It was her fifth Group 1 victory, and she also displayed great pace and tenacity when winning the Winx Stakes, so she should give the males a run for their money.

Four-year-old stayers have won the Melbourne Cup 46 times since it was first held 159 years ago, making that the most successful age group in the race’s history. Four-year-olds have won in each of the last three years.

Joseph O’Brien’s Rekindling finished ahead of Johannes Vermeer to clinch victory in 2017, and British raider Cross Counter saluted in 2018. Vow and Declare became the first Australian horse in a decade to win the race in 2019.

Before Rekindling’s victory, there was a seven-year period in which horses aged four failed to win the race. Americain, Dunaden, Green Moon and Fiorente, all aged six, won the Melbourne Cup in the years from 2010 to 2013. Five-year-old Protectionist won it in 2014, Prince of Penzance was six in 2015 and Almandin was seven the following year.

Five-year-olds are the second most successful age group, with 44 wins, while six-year-olds have picked up 33 wins. There have been 23 wins for three-year-olds. Cross Counter was a three-year-old by Northern Hemisphere standards, but he was counted as a four-year-old in Australia, meaning there has not been a victorious three-year-old since Skipton in 1941.

There have been 11 wins for seven-year-olds at the Melbourne Cup, including Almandin and Makybe Diva in her final triumph. Yet overall the sweet spot would appear to be horses aged four to six.

Barrier 5 has emerged as the most successful, with eight winners since the barrier system was introduced. Barriers 1, 4, 6, 8, 10, 14, 17, 19 and 22 have all produced seven winners apiece, while Barrier 18 has never produced a winner.

The most common winning weight is 54.5kg, including Americain in 2010 and Dunaden in 2011. The last winning horse carrying a heavy load was Makybe Diva, who was lumbered with 58kg in 2005. Younger horses with light weights have flourished in recent years: Vow and Declare has 52kg, Cross Counter carried 51kg, and Rekindling was assigned a weight of 51.5kg.

Fourteen of the last 15 winners had a Group race victory under their belts, and the majority had raced at either Geelong, Flemington, Caulfield or Moonee Valley within the previous four weeks.

It might therefore be interesting to look for a male horse aged four to six, priced at somewhere between $15 and $20, with a reasonably light weight and a successful barrier when betting on this year’s Melbourne Cup. 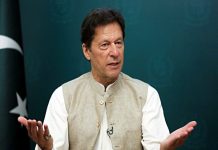 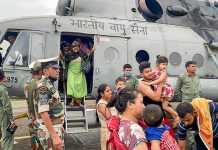