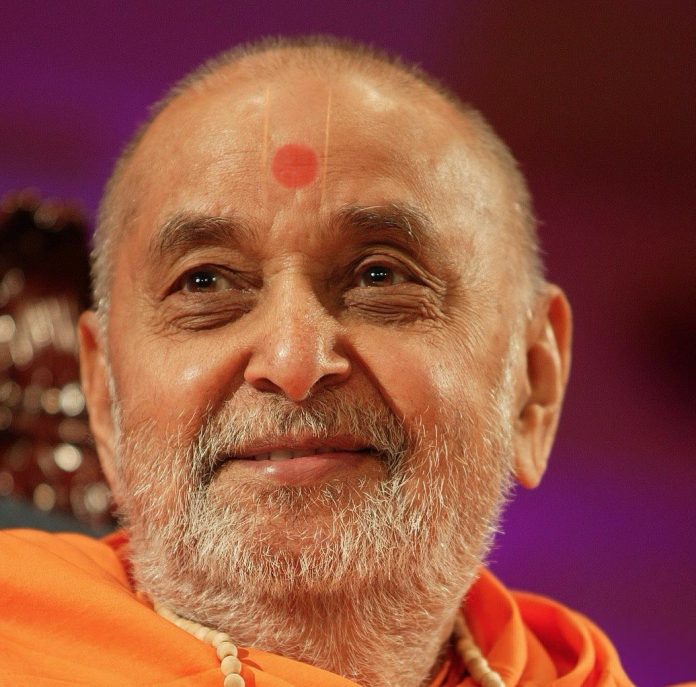 A GRAND procession will take place from Alperton to BAPS Shri Swaminarayan Mandir, London – popularly known as ‘Neasden Temple’ – on Sunday (17) to commemorate the birth centenary of His Holiness Pramukh Swami Maharaj (1921-2016), one of the world’s great spiritual leaders and the creator of the iconic Neasden Temple.

The ‘Nagar Yatra’, as the devotional parade is traditionally called, will bring together hundreds of men, women and children from across the country for a colourful, joyous occasion through the streets of Alperton and Wembley.

The procession will feature giant 3D decorative floats exhibiting various aspects of the forthcoming 10-day ‘Festival of Inspirations’ (click here for further details), including the ‘Island of Heroes’, a children’s cultural adventure-land packed with fun shows and interactive games.

The celebratory gathering will include devotional music and will be flanked by traditional Indian folk dancing by children and youth dressed in vibrant costumes.

Pooja Barot, one of the lead organisers of the event, said, “This wonderful, uplifting occasion will invoke memories from 1995 when a similar nagar yatra was held from Trafalgar Square and travelled to Piccadilly Circus in the presence of Pramukh Swami Maharaj during the inauguration of Neasden Temple. We are delighted to bring together hundreds of people once again and share with the local community the universal cultural values that Pramukh Swami Maharaj fostered during his many visits to the UK and on his travels throughout the world.”

Under HH Pramukh Swami Maharaj’s leadership, BAPS flourished into an international spiritual and humanitarian organisation with more than one million members, 55,000 volunteers and 3,850 centres across the world.