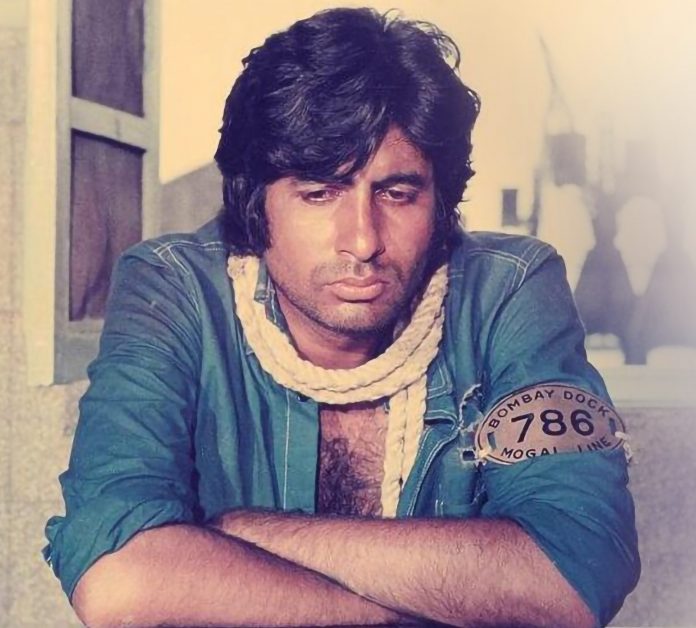 AN ANTI-HERO is the protagonist of a movie who is morally compromised in some way and lacks the traditional heroic qualities but will still have the audience rooting for them and invested in their journey.

They are often grey characters with unpredictable qualities rooted to reality and central in a storyline. Bollywood has been strongly connected with these rogues since the early days of cinema and seen a boom in the past decade, which includes in forthcoming blockbusters such as big Eid releases Runway 34 and Heropanti 2. Eastern Eye prepared a watchlist of 21 films featuring these anti-heroes and turned it into a countdown to find the all-time greatest. 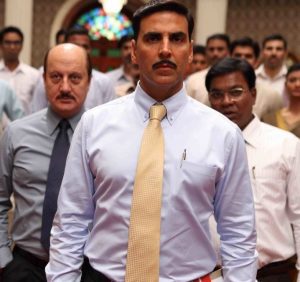 21. Ajay Singh – Special 26 (2013): The Bollywood thriller written and directed by Neeraj Pandey is inspired by a real-life heist that took place in 1987. Akshay Kumar plays a criminal mastermind posing as a fake CBI officer, who with his team pulls off the most audacious cons. His calculating character outwits law enforcement and has the kind of cunning that made him appealing to audiences.

20. Satya – Satya (1998): The gritty crime drama and title character would inspire the many gangster films that followed. The massively influential movie saw actor JD Chakravarthy play a role rooted in reality of a man who gets sucked into the Mumbai underworld and despite trying to balance that with a seemingly respectable life, the character is essentially a villain. Special mention to Manoj Bajpayee for delivering the most memorable supporting anti-hero role in the same film.

19. Susanna Anna-Marie Johannes – 7 Khoon Maaf (2011): The Bollywood adaptation of Ruskin Bond’s short story is a black comedy that sees Priyanka Chopra play a woman on a quest for love, who keeps murdering her deeply flawed husbands. The killings being connected to different deadly sins puts her character in the spotlight and at the heart of the story. 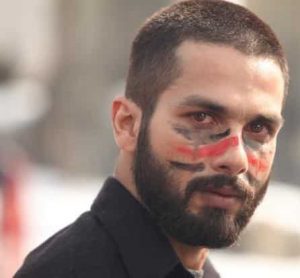 18. Haider Meer – Haider (2014): One of William Shakespeare’s ultimate anti-heroes Hamlet is given a stunning Bollywood makeover by writer-director Vishal Bhardwaj. Shahid Kapoor steps into the role and arguably delivers a career-best performance as a young man seeking answers about his father’s disappearance, who slowly descends into madness and does the unthinkable. Kapoor delivers a stunning performance that would win him multiple awards for the film. 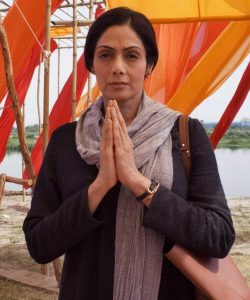 17. Devki Sabarwal – Mom (2017): The final role from late great movie icon Sridevi saw her play a mother who takes revenge on the men who gang-raped her stepdaughter. The actress delivers a stunning performance as the good woman forced to take the law into her own hands and make the perpetrators pay a heavy price for their brutal crime.

16. Rakesh Trivedi/Bunty and Vimmi Saluja Trivedi/Babli – Bunty Aur Babli (2005): The crime comedy revolves around a young couple, who team up and go on a conning spree. The criminal duo played by Abhishek Bachchan and Rani 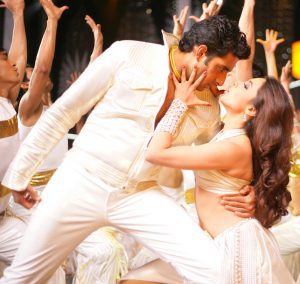 Mukerji proved to be very popular and formed such a strong connection with audiences that some started breaking the law. They are pursued by a memorable cop played by Amitabh Bachchan.

15. Kabir Rajdheer Singh – Kabir Singh (2019): The Bollywood remake of 2017 Telugu smash hit film Arjun Reddy saw Shahid Kapoor take on the explosive role of a brilliant surgeon with anger management problems. He breathes fire into an unlikeable character, who is an alcoholic and drug user, and takes him on a deeply emotional journey. Despite essentially being a bad person, the audience found some sort of connect and turned the movie into a mega-blockbuster. 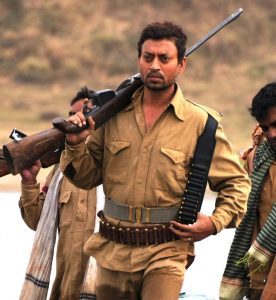 14. Paan Singh Tomar – Paan Singh Tomar (2012): The only anti-hero in the list is
based on a real-life person was played brilliantly well by late actor Irrfan Khan. He delivers a multi-award-winning performance in the true-life tale of a champion athlete forced on the wrong side of the law and his journey as a dacoit. The power-filled role made a huge impact with audiences.

13. Vijay Kumar – Trishul (1978): The angry young man persona led to Amitabh Bachchan playing amazing anti-hero roles throughout his rise to superstardom and this was one of his best. He plays an illegitimate son who goes on a mission to take revenge against his father. His half-siblings get caught up in the crossfire of the war being fought by him. The character would later influence many films that followed.

12. Aryan – Dhoom 2 (2006): What makes the three Dhoom movies attractive is the magnetic anti-heroes. Although John Abraham and Aamir Khan delivered memorable turns in Dhoom and Dhoom 3, respectively, the fan favourite was Hrithik Roshan’s portrayal of the master thief. His enigmatic turn won over audiences and in an interesting twist he falls in love with a female thief, portrayed by Aishwarya Rai Bachchan. 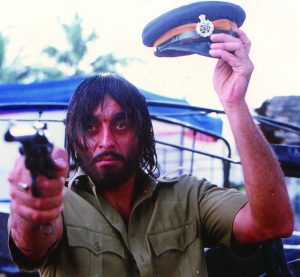 11. Balram ‘Ballu’ Prasad – Khalnayak (1993): Sanjay Dutt takes on the title role of a villain, who has been shaped by circumstance. Despite being pushed into the dark side of society and revelling in his life of crime, he finally finds a glimmer of hope. The hit film followed the blueprint of previous anti-heroes and remains a classic in the genre.

10. Shakti Singh / Shaaka – Phool Aur Patthar (1966): Dharmendra delivers a star-making turn as a career criminal who unexpectedly has his cold-heart melted by an innocent young woman and starts on the long road to rehabilitation. The rebellious nature of the role was such that he became the first frontline hero in a commercial Hindi film to remove his top on screen, which sent female audience members into a frenzy. The unpredictable role would set a blueprint for anti-heroes being inspired by love.

9. Vidya Bagchi – Kahaani (2012): For most of the film we are led to believe that Vidya Balan plays a heavily pregnant woman, who is searching for a missing husband. It isn’t until the end that we learn she is very much an anti-hero on a revenge mission. The cleverly crafted thriller hides the anti-hero element until the very end and that is what makes the film so great.

8. Don/Vijay – Don: The Chase Begins Again (2006): In 1978 classic Don, the character isn’t an anti-hero, but a simple man in way over his head. In the remake and its subsequent sequel Don 2 (2011), the character played by Shah Rukh Khan is very much an anti-hero. He is a decidedly deceptive villain, and the audience gets invested in his journey so much that a demand for a third instalment remains.

7. Ajay Sharma / Vicky Malhotra – Baazigar (1993): The remake of A Kiss Before Dying was a game-changer for lead actor Shah Rukh Khan and his stunning anti-hero role proved to be a star-making moment. He plays a charismatic young man out for revenge on a wealthy businessman who caused the death of his father and uses any means necessary. Although his suave charm won over audiences, the character was very much a remorseless rogue.

6. Vijay Deenanath Chauhan – Agneepath (1990): The action-drama saw Amitabh Bachchan play someone who has the fires of vengeance ignited inside him after a childhood trauma. That decidedly dark journey sees him rise up through the murky underworld and the result was an explosive anti-hero, who set the screen alight. Hrithik Roshan would reprise the same role in 2012.

5. Madan – Baazi (1951): A movie that introduced a new type of film noir into Hindi cinema saw Dev Anand portray an impoverished young man in dire need of money, who becomes a gambler and drawn into the underbelly of crime. Although he sees a ray of hope in a kind-hearted doctor, circumstances force him deeper into the dark side. The massively influential directorial debut from Guru Dutt would create a new kind of crime genre with an anti-hero at the heart of it. 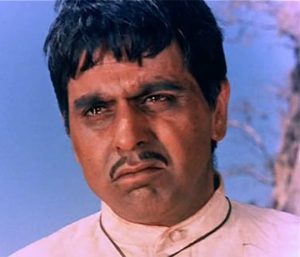 4. Ganga – Ganga Jumna (1961): The Bollywood blockbuster popularised the concept of brothers on opposite sides of the law and at the heart of the action is the explosive anti-hero. Dilip Kumar portrays an honest hardworking young villager who is pushed into becoming an outlaw. Things get complicated when his brother, Jumna, whom he had helped educate, becomes an honest police officer determined to make him surrender.

3. Shekhar – Kismet (1943): The classic drama saw superstar actor Ashok Kumar play a pickpocket who slowly gets drawn towards doing the right thing. The first major Bollywood film to include an anti-hero clearly connected with audiences and clocked up record-breaking numbers at the box office. It would also set the blueprint for a new type of protagonist in Hindi cinema and inspire subsequent generations of leading men to play anti-heroes.

2. Jai and Veeru – Sholay (1975): The record-breaking curry western having the most fearsome villain of all time often makes audiences forget that Jai and Veeru, played by Amitabh Bachchan and Dharmendra, were crooks turned killer mercenaries. When hired to protect the village, their first instinct is to rob their employer, but thankfully, the mischievous best friends decide to take on evil bandit Gabbar Singh and become the greatest anti-hero duo in Bollywood history.

1. Vijay – Deewar (1975): The iconic action drama saw Amitabh Bachchan deliver an explosive performance as a young man forced by circumstance to go on the wrong side of the law and rise up through the underworld. He goes on an inevitable collision course with his brother, played by Shashi Kapoor, who is a dedicated police officer determined to uphold the law. The angry young man performance connected with an entire generation and influenced pretty much every anti-hero that followed in some way.