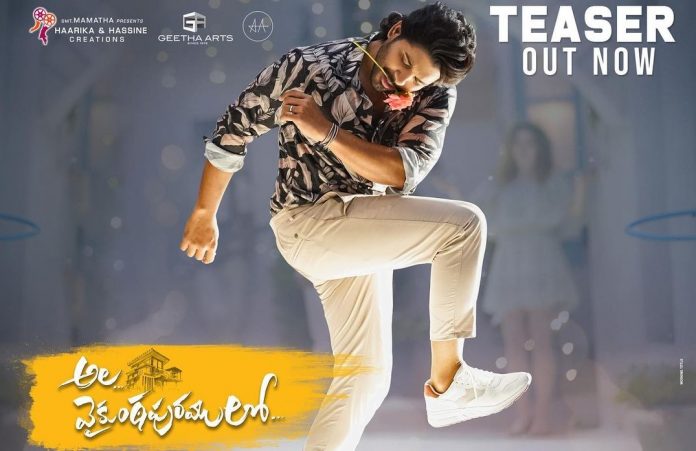 The Hindi dubbed version of Telugu superstar Allu Arjun’s 2020 blockbuster Ala Vaikunthapurramuloo will not release in theatres, the makers announced on Friday.

In a Twitter post today, Production House Goldmines Telefilms shared a statement stating the Hindi theatrical release of Ala Vaikunthapurramuloo has been withdrawn.

“Manish Shah, promoter of Goldmines along with the makers of Shehzada have jointly decided to withdraw the theatrical release of Ala Vaikunthapurramuloo Hindi version. Shehzada makers are thankful to Manish Shah for agreeing to the same,” the statement read.

Following the mammoth success of Arjun’s latest release Pushpa: The Rise (2021) in the Hindi-speaking market, the makers of Ala Vaikunthapurramuloo had planned to release the Hindi dubbed version of the action-drama in cinemas on January 26.

Ala Vaikunthapurramuloo is also getting a Hindi remake, titled Shehzada, and starring Kartik Aaryan and Kriti Sanon.

The decision to withdraw the movie comes after there were reports that the makers of Shehzada were not in favour of the film’s release in Hindi over fears that the dubbed version might adversely affect the prospects of the new film.

The Hindi remake of the film is being directed by Rohit Dhawan, who has previously helmed such successful films as Desi Boyz (2011) and Dishoom (2016). In addition to Aryan and Sanon, the film also stars Manisha Koirala, Paresh Rawal, Sachin Khedekar, and Ankur Rathee. It is scheduled to enter cinemas on November 4, 2022.