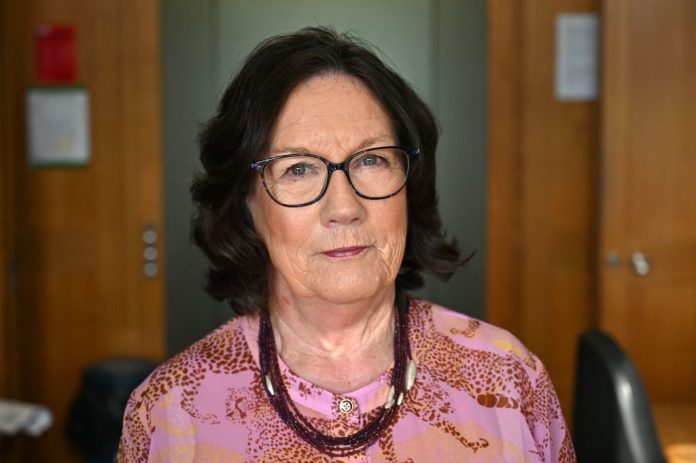 AT 16, Payzee Mahmod was coerced by her Iraqi-Kurdish family in London into marrying a man around twice her age.

Two years later her elder sister Banaz, who had left a marriage she was forced into aged 17, was murdered by members of her family in a so-called honour killing.

Laws in England and Wales, which allow 16- and 17-year-olds to get married as long as they have parental consent, offered the teenage girls little redress at the time.

But nearly two decades on, a renewed legislative bid to change the minimum age for marriage to 18, and criminalise those organising underage unions, looks set to succeed.

“I’m absolutely ecstatic that this is happening – it’s about time,” Mahmod said outside the UK’s parliament in London, where the bill is poised to pass in the coming weeks.

“This is something that could have really protected me and my sister and all the children that have been going through this harmful practice.”

Campaigners hope it could help spur changes in other countries where under-18s are still allowed to marry – from Scotland, which has a separate legal system to England and Wales, to the majority of US states.

“This is a global issue,” said Mahmod, who has been publicly advocating for reform for several years.

Britain has committed to the United Nations’ sustainable development goals, which include outlawing child marriage by 2030.

“I’m hoping it will have a bit of a domino effect,” said Conservative lawmaker Pauline Latham, who is behind the bill.

Latham launched the proposal after learning the UK was asking countries receiving aid to stop child marriage, even though it had not done so itself.

“It had never really occurred to me before that we did have child marriage,” she said. “But we do… and once this bill goes through it’ll stop.”

The UK outlawed forced marriage in 2014 but that is seen as insufficient to protect teenagers because it requires victims to testify against the perpetrators – who are typically their parents.

The number of coerced 16- and 17-year-olds is hard to ascertain because whether they had agreed can be hard to determine. Some unions are often not registered legally.

“But it’s the ones that are never registered that we don’t know about,” Latham said, adding her bill would also prevent minors from being taken abroad for marriage.

“It’s fantastic legislation and it will transform the life chances of so many young people because they’ll be able to finish their education.”

It is currently progressing through parliament unopposed.

The government has cautioned that once it becomes law, enforcement may not start before the summer school holidays when underage marriages abroad often spike.

But it prompted no change to the law.

Now 34, Payzee Mahmod said she still struggles with the legacy of her own forced union, which lasted less than two years after she filed for divorce on turning 18.

Mahmod said opportunities for support were missed by those in positions to help, from healthcare workers to staff at the college she attended.

“I wasn’t only let down by the people around me, but I was also let down by every professional that I came into contact with.

“Nobody ever gave me any support or saw that this was wrong and that I was a child and I should’ve been protected.”

“We need safeguarding professionals – teachers, the police, healthcare workers – to know that if a child marriage is happening that is wrong, and that that child needs… protecting,” she said.

The campaigners said they had encountered little opposition to the change.

“One or two people said to me: ‘What happens if the girl gets pregnant, and they’re in love?’” Latham recalled.