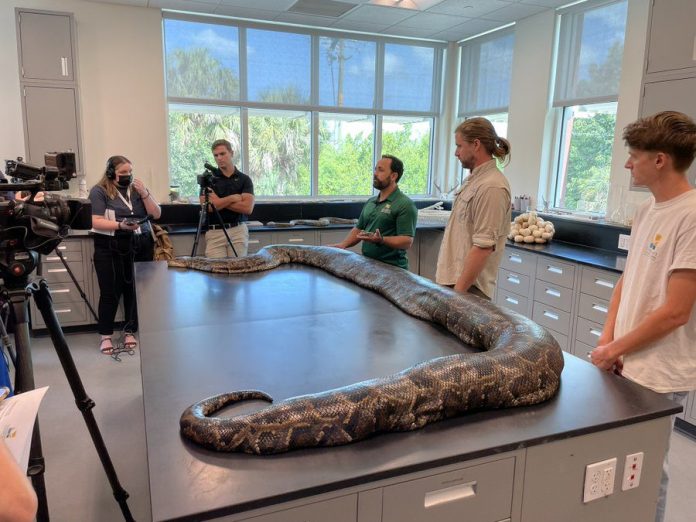 A team of biologists recently captured the largest Burmese python ever discovered in the state of Florida, US.

The female python weighed 215 pounds (98 kg), was nearly 18 feet long and had 122 developing eggs, according to the Conservancy of Southwest Florida.

Researchers also found hoof cores in the snake’s stomach, indicating that a white-tailed deer was its last meal.

According to reports, the team tried a unique research programme that used radio transmitters implanted in male snakes to track breeding grounds.

Ian Bartoszek, wildlife biologist, and environmental science project manager for the Conservancy told New York Post: “How do you find the needle in the haystack? You could use a magnet, and in a similar way our male scout snakes are attracted to the biggest females around.”

“The removal of female pythons plays a critical role in disrupting the breeding cycle of these apex predators that are wreaking havoc on the Everglades ecosystem and taking food sources from other native species,” he added.