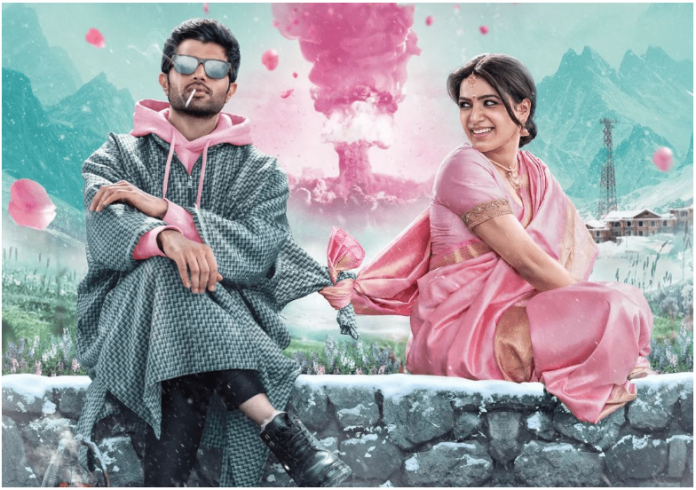 The upcoming Telugu-language film, starring Tollywood stars Samantha Ruth Prabhu and Vijay Deverakonda in principal roles, has locked its official title. Billed as a family entertainer, the film has been titled Kushi.

Apart from announcing the official title of the film, the makers also unveiled the first look poster and announced the theatrical release date of Kushi. The film is slated to enter cinemas on December 23, 2022.

Kushi, which is currently in production, is being directed by Shiva Nirvana of Majili fame and produced by Mythri Movie Makers.

The production house shared the release date and first look motion poster of Kushi on its Twitter page on Monday.

The project marks a reunion for Prabhu and Deverakonda who previously worked together in the 2018 Telugu-language biographical drama Mahanati, based on the life of Indian actor Savitri.

The two actors have been shooting for Kushi in the picturesque locations of Kashmir in India. Recently, both celebrated each other’s birthday on the sets of the film and took to social media to share a bunch of exciting photos with their fans.

Hesham Abdul Wahab has composed the music for Kushi.