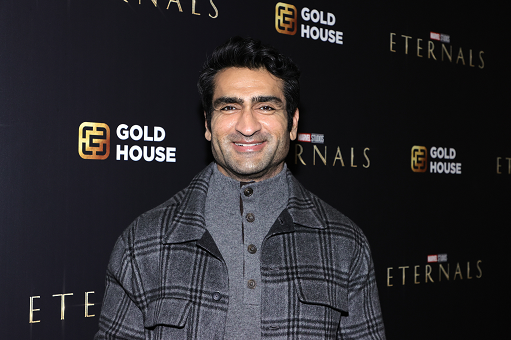 Marvel Studios released a new poster from the film, featuring Patel as Karun. In the superhero flick, Patel plays Karun, assistant to Nanjiani’s Bollywood superstar and Eternal, Kingo. Nanjiani shared the poster on Twitter and wrote, “The real hero of Eternals.”

In an earlier interview with a leading Hindi daily, Patel had revealed that he had not seen his co-stars’ films before. “To tell you the truth, I had never seen their films. I had maybe seen one of Angelina’s movies, but I didn’t watch all of it. I can’t sit for long periods. I had only heard of them. I was called in for a table read immediately after my audition, and all these stars were there, except Angelina. They were all there. It felt like I was a part of the family from day one,” he had said.

The actor, who has been a part of several memorable Hindi films such as Mr India (1987), Maine Pyaar Kiya (1989), and Thanedaar (1990), added that Nanjiani put him at ease during his audition after he confessed that his English was not very strong.