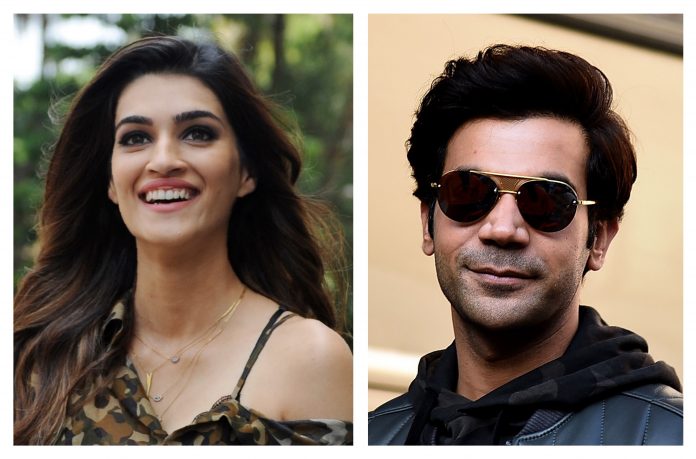 Kriti Sanon and Rajkummar Rao, who won millions of hearts with their endearing performances in Ashwiny Iyer Tiwari’s Bareilly Ki Barfi (2017), recently united to headline yet another comedy film titled Hum Do Humare Do.

The film revolves around a young couple who decides to adopt two parents to fill the vacuum in their lives. Seasoned actors Paresh Rawal and Ratna Pathak Shah play the adoptive parents in the film. The latest we hear is that the film is ready to release. It is reportedly headed to Disney+ Hotstar for its direct-to-digital premiere, bypassing theatrical release.

A well-placed source informs an entertainment portal that the makers of Hum Do Humare Do took the decision of releasing their film on a streaming platform after seeing the dismal performance of the films which recently released in cinemas.

“Audiences are not yet ready to visit in cinemas. Films that have been released in theatres such as Bell Bottom, Chehre, and Thalaivi could not even recover their costs. Their performance has not been encouraging and this has set a record straight that it is suicidal to release a film in theatres until and unless cinemas in Maharashtra open which does not seem possible anytime soon. All this has left the producers with no option but to release their ready films on digital platforms. Dinesh Vijan is just following the suit because he cannot keep on waiting any longer,” says the source.

Directed by Abhishek Jain, Hum Do Humare Do also features Aparshakti Khurana in an important role. The film marks Kriti Sanon’s fifth collaboration with producer Dinesh Vijan after Raabta (2017), Arjun Patiala (2019), Luka Chuppi (2019), and the recently released dramedy Mimi (2021), which turned out to be a massive success on Netflix.