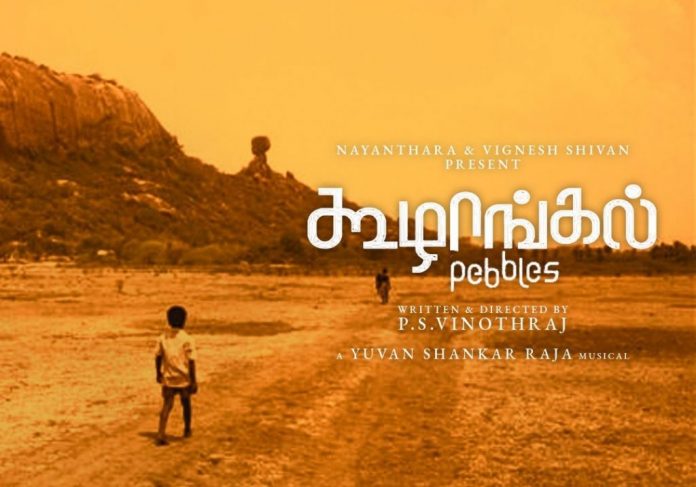 On Saturday (23), it was announced that Tamil film Koozhangal (internationally titled Pebbles) has been selected as India’s official entry to the 94th Academy Awards (Oscars 2022). The movie revolves around an abusive husband who, after his long-suffering wife runs off, sets out with his young son to find her and bring her back.

Koozhangal has earlier been a part of multiple film festivals and at 50th International Film Festival Rotterdam it received the Tiger Award.

Recently, while talking to PTI about the movie getting selected for Oscars, director P. S. Vinothraj stated, “It is like three years of effort are paying off now. We didn’t expect the film to be recognised at this level so we focused on making an honest and simple film. We didn’t have any expectations even like being appreciated at festivals including Rotterdam.

“I am overwhelmed and so is everyone in the team. We are all excited and emotional. The actual journey has started now, we need to make sure we create enough chances to be in the final nomination. We have started discussions and are planning out things,” he added.

Vinothraj was born in a village near Melur town of Tamil Nadu’s Madurai district and the filmmaker reveals that his love for films began after he started visiting sets of several movies that were shot in his native place.

“I wanted to be in the chair of the cinematographer. That’s how I developed interest in films,” he said.

Due to tough times, he had to start working at an early age and did several jobs including working as a salesperson in a DVD shop where he was introduced to world cinema. The filmmaker recollects, “I would see world cinema films almost every day of Majid Majidi, Stanley Kubrick, among others and I understood what pure cinema is. I worked at that shop thinking it would help me to get some contact points in the industry and then I can assist someone and start working. Soon I joined director A Sagunam and worked on a couple of his films. Then after some time I started writing the script (of Koozhangal).”

Koozhangal is inspired by the filmmaker’s personal experiences as one of his younger sisters was chased by her husband from his village to hers for 14 km after a fight between the couple. He said, “People here have so much frustration in their lives because of the drought and lack of opportunities, it is reflected in their families and relationships. The male patriarchy existed very severely because of this frustration.”

Well, shooting the film was also very difficult. Vinothraj stated that the cameras would often get jammed due to extreme heat and how the entire crew walked barefoot to get the pulse of the story right.

While Koozhangal has been screened at multiple film festivals, it is yet to get a theatrical release for the audiences. Vinothraj reveals that they were planning to release the film around December, but it might release earlier.

“We believe with ‘Koozhangal’ releasing theatrically, we should be able to create a market for other such films. This (Oscars) is something huge. The pressure is not much though we are glad to be recognised. It is a good feeling,” he added.