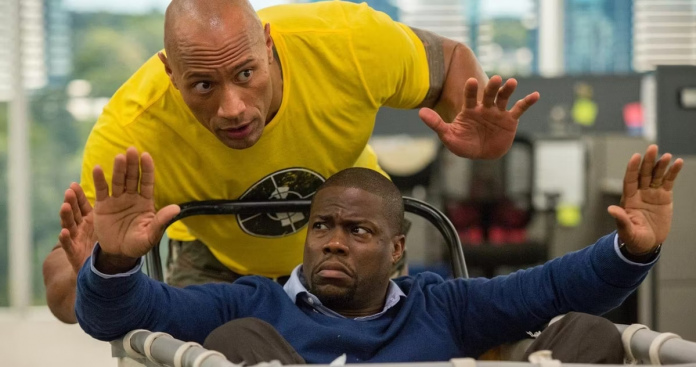 Kevin Hart did not mince a word when he was recently asked what he believes is the worst film of Dwayne Johnson. For those not in the know, Hart has worked with Johnson on a number of occasions, in the Jumanji reboot and its sequel. He is now one of the voice casts of the DC League of Super-Pets.

During an appearance Thursday on Watch What Happens Live, the comedian played Plead the Fifth, which is one of Andy Cohen’s popular segments. He was appearing on the show to promote the DC League of Super-Pets, which is set to hit the marquee this week.

The first question that Cohen shot was, “What is the worst movie The Rock has starred in?”

“The Tooth Fairy,” Hart responded in absolutely no time, prompting Cohen to say, “Wow, he was quick on that one!”

The Tooth Fairy, which was released in the year 2010, saw Dwayne Johnson taking on the role of Derek Thompson, an ice hockey player nicknamed Tooth Fairy for his habit of knocking out the teeth of his opponents. After telling his girlfriend’s daughter that the tooth fairy doesn’t exist, he finds himself being forced to be a tooth fairy for two weeks. Directed by Michael Lembeck, the comedy fantasy turned out to be a hit at the box office. However, if you see its ratings on popular review aggregation websites, it is a poor 17 per cent.

Hart did not reveal why he thinks The Tooth Fairy was Johnson’s worst film, but it does stick out like a sore thumb when compared to his other action thrillers, including Jumanji, Fast & Furious, Walking Tall, and San Andreas.

In an interview in 2010, Johnson told a publication that he “absolutely” grew up believing in the Tooth Fairy. While talking about wearing a pink tutu for the film, Johnson revealed what drew him to the character. “There were like 500 extras on the set the day I wore it. It was the very first day of filming and I was arriving in fairyland. So, there I was in my pink tutu and size 14 ballet slippers. It wasn’t so bad until I realized that I was doing my first scene with my co-star Julie Andrews, who I was meeting for the first time. But she was very gracious. I think she may even have complimented me on how well my tutu fit.”