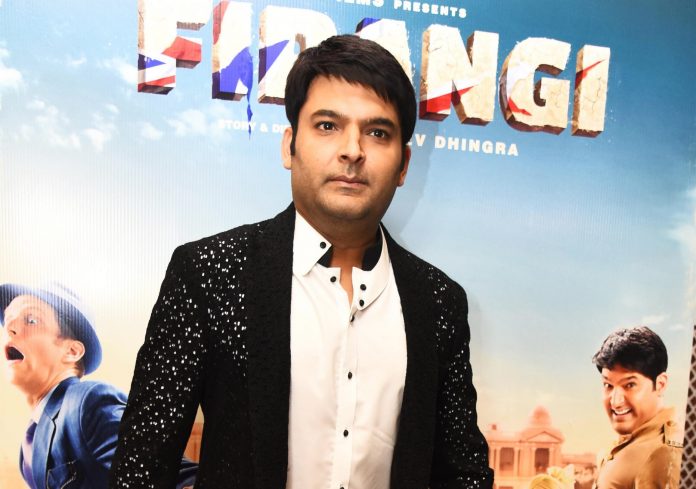 Sharma, who made his silver screen debut with Abbas-Mustan’s comic-caper Kis Kisko Pyaar Karoon (2015), was last seen in his home production Firangi (2017).

Nadiadwala and his wife, Warda Khan, are set to appear on Sharma’s hit show The Kapil Sharma Show this weekend.

Talking about appearing on the show, Nadiadwala said, “I treat this show like my own because I was the one who recommended Archana Puran Singh in the industry. Navjot Singh Sidhu for the commentator’s role in Mujhse Shaadi Karogi (2004), followed by Sumona Chakravarti, and now it is Krushna Abhishek and (Sudesh) Lehri.”

Meanwhile, Kapil Sharma recently announced his comeback to acting with Nandita Das’ next directorial venture. The untitled film will see Sharma in the role of a food delivery rider. Actress Shahana Goswami will also play an important role in the film.

Das took to Twitter to announce the project. “Writer-Director-Producer Nandita Das teams up with Kapil Sharma in a never seen before avatar of a food delivery rider. Kapil will be joined by Shahana Goswami as the female lead. Filming soon,” she tweeted.

Kapil said in a statement, “I am very excited about this project, not because I am doing a film, but because I am doing Nandita Das’ film, whom I have seen both as an actor and a director. She has a very distinct and deep way of looking at things and a keen eye for detailing. So my job as an actor is to just do what she tells me. Her work is very different from mine, and I am happy that the audience will get to see a new side of me. An artist is always thirsty to do something different! The people behind the project, Nandita Das and Sameer Nair are both extremely passionate and good at what they make, so I am really excited to be doing this film.”