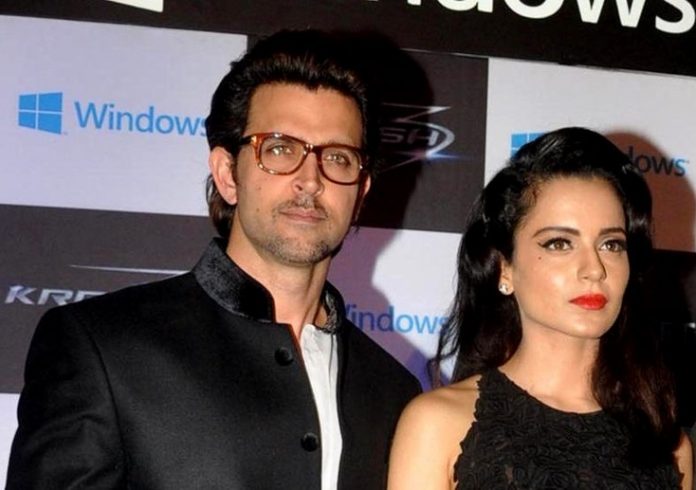 In 2016, Hrithik Roshan had filed a complaint against an unknown imposter for allegedly speaking to actress Kangana Ranaut on his behalf using an email ID. Well, according to a report in PTI, the case has been transferred from Cyber Cell to the Criminal Intelligence Unit (CIU).

Well, Kangana Ranaut took to Twitter to give a statement on the development of the case. She tweeted, “His sob story starts again, so many years since our break up and his divorce but he refuses to move on, refuses to date any woman, just when I gather courage to find some hope in my personal life he starts the same drama again, @iHrithik kab tak royega ek chote se affair keliye?”

It’s been Hrithik vs Kangana for the past few years after the latter in an interview spoke about a ‘silly ex’. Well, Kangana has always stated that she was in a relationship with Hrithik and the two were also planning to get married. Meanwhile, Hrithik has always maintained that they were never in a relationship.