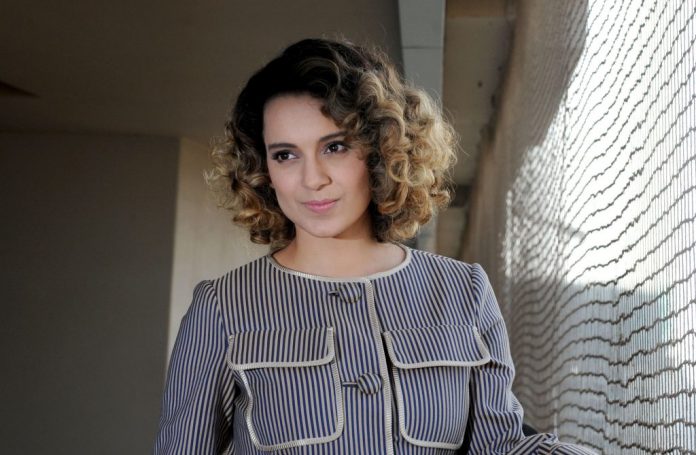 Kangana Ranaut will next be seen in Thalaivi which is a trilingual film and will release in Hindi, Tamil, and Telugu. Yesterday, on her birthday, the makers launched the trailer of the film, and while one trailer launch event took place in Chennai, another one happened in Mumbai.

During the trailer launch, Kangana spoke about her experience of working in the South film industry, and the actress stated, “In South industry, there may be nepotism, but there’s no groupism, no bullying, targeting or harassment of outsiders. In fact, you don’t feel like an outsider. They own you, they involve you, and they are absolutely respectful. The way they respect you as a woman and the way they interact with you, it’s so overwhelming and nice, especially because everywhere I am getting banned, and suddenly I find this amazing group of people who are only interested in the film. They only care about the product, nobody does blind items or bitches about anyone, nobody is spreading nasty stories about you, nothing just pure work and pure talent.”

At the trailer launch, when we asked Kangana how difficult was it to learn Tamil and Telugu, she said, “I have learned the language. But, I would not say that my accent was right. My accent is nowhere close to being right. But I would just learn the words, and that was also very difficult for me. To be honest, Tamil particularly is very difficult.”

While talking about dubbing the film in other languages, Kangana said, “It’s Vijay sir’s call, but I don’t think he is okay with my Tamil. He is auditioning a lot of people from Tamil Nadu, and he is not okay with them also. He has found some voice in Hyderabad; so obviously, he has rejected me long ago.”

Thalaivi is slated to release on 23rd April 2021. But, currently, Covid-19 cases are rising rapidly in India.

So, when Kangana was asked if the release date of Thalaivi will be changed, the actress stated, “No, I don’t think so because the film is ready to reach the audiences and the audience is also absolutely ready. Whichever films have come maybe they are not performing to their stature but they are not underperforming either, they are definitely making an impact. We have to collectively fight it and the vaccine is also here. We still have four weeks, we are very hopeful that things will improve, and we will have 100 percent occupancy in theatres. Maybe in a few areas, we won’t, but we are prepared for that.”

Thalaivi is directed by AL Vijay, and it also stars Arvind Swami, Bhagyashree, and Madhoo in pivotal roles.