Home Enterainmnet stories Kajol shares a picture from the sets, says ‘it feels like a... 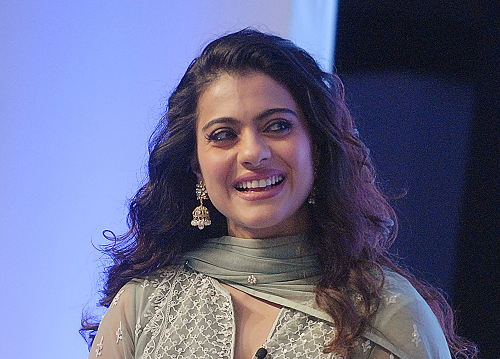 Kajol was last seen on the big screen in the 2020 release Tanhaji: The Unsung Warrior. She played the role of Tanhaji’s wife, Savitribai Malusare. While it was a small role, Kajol left a mark with her performance in it.

Earlier this year, she made her digital debut with Tribhanga which was released on Netflix, and once again impressed one and all with her performance in it.

Well, currently Kajol doesn’t have any film that has been officially announced. However, recently, the actress informed her fans that she is back on the sets.

She posted a picture and captioned it as, “The feel of a set after so long is something else … it feels like a party!”

Well, we wonder if the actress has secretly started shooting for a film or maybe she is back on the set to shoot for an endorsement. Let’s wait and watch.

Kajol started her journey in 1992 with the film Bekhudi. She ruled the silver screens in the 90s and early 2000 with movies like Baazigar, Karan Arjun, Dilwale Dulhania Le Jayenge, Gupt, Pyaar Kiya To Darna Kya, Dushman, Pyaar To Hona Hi Tha, Kuch Kuch Hota Hai, Fanaa, and others.

But, from the past few years, she has become selective and we don’t get to see her much in the movies. Let’s hope that the actress soon announces her next film.