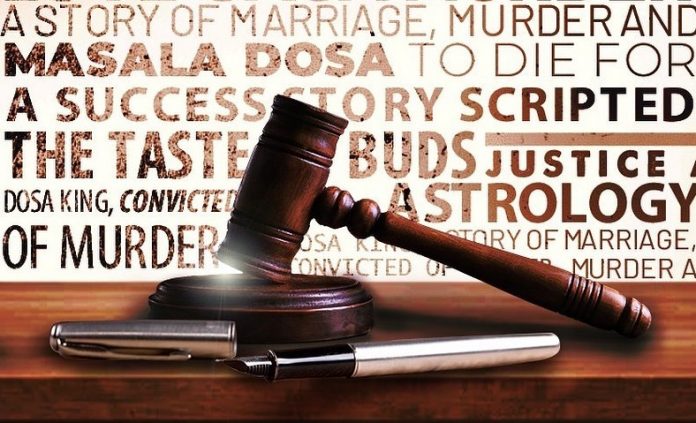 Junglee Pictures, which has in the past bankrolled such content-driven films as Bareilly Ki Barfi (2017), Raazi (2018), and Badhaai Ho (2018), is set to produce yet another exciting project, an untold story inspired by true events.

The production house has obtained the rights to make a biopic based on the life of Jeevajothi Santhakumar. The deal includes the rights of not just a film in Hindi but all major Indian languages also.

The team at Junglee Pictures is currently in the process of putting together a script inspired by her life and, most importantly, an incident involving a restaurant mogul who was accused of a crime that shocked the nation and resulted in a conviction – P. Rajagopal V. State of Tamil Nadu.

The yet-to-be-titled film will follow the rise of a rags-to-riches businessman, who built the world’s largest South Indian food chain. It will also look at how his pursuit of the unwilling Jeevajothi, led to him being accused of the murder of Jeevajothi’s husband Prince Santhakumar and ultimately convicted of the crime by the Hon’ble Supreme Court.

Speaking about the film, Jeevajothi Santhakumar said in a statement, “I am overwhelmed and elated by Junglee Pictures’ decision to make a feature film about my legal and emotional battle with this affluent hotelier, a struggle that went on for 18 years. I am confident that seeing this story on the big screen will bring about a drastic change in the status quo of patriarchy.”

Bhavani Iyer, who has come onboard to write the film, shared, “When Junglee Pictures reached out to me to tell this story inspired by real events, I was immediately struck by how an aspirational story can quickly turn into a cautionary tale. Just one moment in your life and your response to it can define you either as a survivor or a victim. Jeevajothi fought a long battle against an incredibly powerful person and has survived to tell the tale. The fact that she has made something special out of her life is a testament to what she is truly made of, and an inspiration to me as a woman first, then as a writer. So, in our story, one character is a true survivor, while the other is a classic example of what power and delusion can lead to. Writing this is a fabulous challenge and I am so excited to get started.”

More details on the untitled project are expected to arrive soon.