Home Arts and Culture Jonita Gandhi: A voice for all seasons 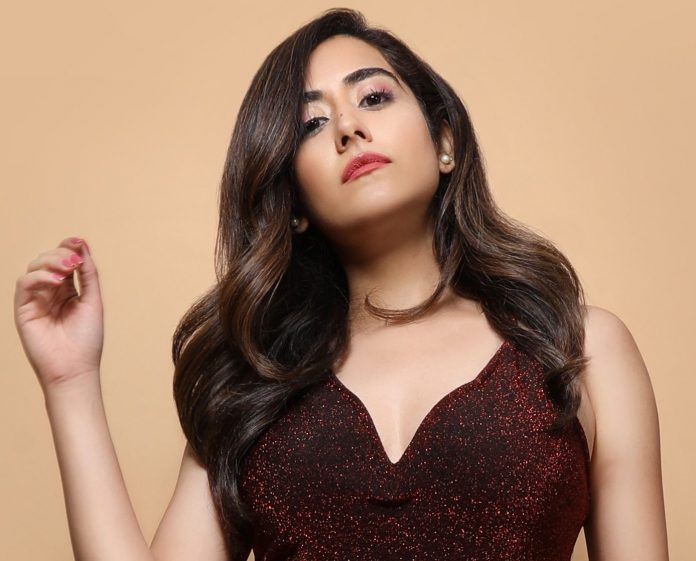 IT IS near impossible for overseas artists to make it big in Indian music, but that is exactly what singer Jonita Gandhi has done.

The superb singing sensation grew up in Canada but made a stunning leap into the strongly competitive industry with hit songs across a wide array of genres. She has used her breathtakingly brilliant voice to light up hit songs in many languages, including Hindi, Tamil, Telugu, Punjabi, Marathi, Gujarati, and Malayalam.

By mixing up songs in huge movie blockbusters with standalone singles, she has gained a formidable reputation as a versatile singer and world-class live performer. Her recent duet Arabic Kuthu from big film release Beast has clocked up more than 280 million YouTube views and new single Hauli Hauli has received great acclaim. The favourite with top composers like AR Rahman has a host of big songs on the way.

What first connected you to music?
When I was a little girl, I used to sing and dance around the house even before I could speak properly. Both my parents are music lovers, and my dad always had a strong connect with music, as he spent a lot of time in college singing and playing guitar. In Toronto where I grew up, he would often perform as the keyboard player at south Asian events. Because of that, I was surrounded by musicians, band rehearsals, and live performing throughout my childhood. Eventually, I guess I caught the music bug myself.

Who first discovered your singing talent?
I think the credit goes mostly to my father for noticing that I had interest and skill in the music department. As I hummed and danced around the house as a small kid, he realised there was something to develop. Even though I was initially too shy to sing in front of anyone, both my parents encouraged me to practise and hone my skills. They enrolled me for lessons as well.

What led you from Canada to India?
When I graduated from university, I thought it was a ‘now or never’ kind of time to try my hand at pursuing a professional music career. I had begun performing with Sonu Nigam just as I wrapped up my last semester of university and that sparked the courage to take it up more seriously. Before that, I lacked the confidence to make it as a full-time singer, but once I felt I proved my mettle on Sonuji’s tour, I gathered the courage to take the plunge and shift base to India, to give it my best shot.

Did you expect to make such a big impact so quickly?
I kept my expectations quite low and didn’t expect much at all. All I knew is that I always wanted to keep an open mind and learn as much as I can, wherever I go. I think that helped shape me into the artist I am today. I still prioritise respect, growth, and my journey as an artist over fame/money, and I think that’s what drives a lot of my decisions even now. 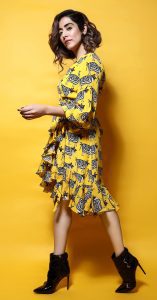 Which of your songs are closest to your heart?
Each song I’ve sung has its own story. The story and experience behind a song is what makes it special and unique for me. One of the most memorable stories is behind my first solo Bollywood song, Kahaan Hoon Main from Highway. It was very early on in my association with AR Rahman sir, and I was very determined to perform well at the mic. However, the day I was called in to record, I was unwell and throwing up all day, but didn’t want to miss the opportunity to sing this song, so went to the studio anyway feeling very weak. I think God helped me push through that day, and it turned out to be one of my favourite Bollywood songs, I’ve sung till date.

Has any song ever surprised you with its success?
I am quite bad at predicting the success of songs I work on. There have been several instances where I thought a song would do well and it didn’t, or that a song won’t do amazingly but it does. For this reason, I try to detach a bit from my music as soon as it releases to safeguard myself (laughs).

Which song challenged you the most as a singer?
One of the most difficult songs to sing in the studio was Saajan Aayo Re from OK Jaanu. It’s quite an intricate song with a foundation in semiclassical Hindustani music, and since I am not a trained singer as such, it took a while for me to deliver the song confidently.

You are a versatile singer, but are you happier singing slow love songs or big dance numbers?
I love both equally! I have varying moods and some days I enjoy one over the other, but I must say it is too difficult to pick one of the two. 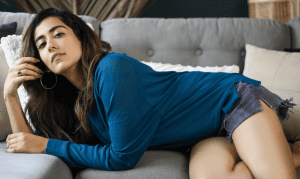 Does your approach to singing change between languages?
When I sing songs in a language I don’t understand or speak, it definitely adds an extra layer of work. Pronunciation becomes one extra thing for me to focus on while singing, which often makes the process take a bit longer. Learning the general meaning of the song to make sure the emotions expressed are appropriate also requires a bit more effort. I definitely need to approach such songs with a little extra patience.

How do you feel when your songs get so much love globally?
The power of music and how it can bring people together really warms my heart. To get love for my voice from people I would otherwise never be able to interact with is such an incredible feeling! Moments like those make me feel extremely grateful.

Lata Mangeshkar passed away recently. How much of an influence was she on you?
Like many singers, Lataji was one of my first teachers without her even knowing it. I grew up listening to an array of music in Canada, and Lataji’s songs were a foundation for me to pick up the nuances of Indian music. I didn’t really know Hindustani music. I learned through her songs, voice and singing, which I realise now are really one and the same. I guess that’s the power of her legacy and the contribution she made to Indian music. She was the first female icon I really looked
up to in Indian music.

Lata Mangeshkar has clearly impacted you…
Her passing was the end of an era and left the entire music fraternity emotional and at a loss. Lataji lives on through her music and I’m sure our kids and their kids will continue to learn from her just as we did. It will be very hard to shake the feeling of this realisation that she has passed on. Her art and voice will always be a reminder of her contribution to music, Indian cinema, and this world. It will continue to inspire us to practise discipline and devotion in music.

You are at your best live and have toured globally. What has been your most memorable experience?
I have had a number of surreal experiences while touring globally. Whether it’s meeting fans who seem to know me better than I know myself or getting lost in the music on stage to a point where I’m in tears, to collaborating with, meeting, and performing in front of some of my greatest idols, I feel extremely blessed to get to do what I do!

What has been one of your most memorable performances?
It was my first ever public performance when I came to India, with a band in 2013 at IIT Guwahati. It was my first time doing a full 90-minute set with musicians who I had just met in Mumbai. Putting together that set, rehearsing it, and then taking it to an audience roaring with excitement was one of those ‘pinch me’ moments. I couldn’t believe how much love they were showering on me, and to realise that they knew who I was  mainly from my YouTube videos was extremely humbling.

What music dominates your playlist?
(Laughs) I think songs that I end up preparing for live performances end up dominating my playlists the most! But honestly, I listen to all kinds of music, spanning different genres and languages. It can be anything from Tamil kuthu tracks to 1990s r’n’b and soul, to Afro beats, retro Bollywood, and the list is endless. I am always looking to get inspired by new sounds and artists.

If you could master something new in music, what would it be?
I think it would be really cool to learn music production. To be able to compose a melody, write lyrics, and then produce the song would make me completely self-sufficient.

Which artist would you love to sing a duet with?
My favourite duet partner is probably Arijit Singh because of how versatile he is! I love experimenting with different delivery techniques and genres, and I think it would be cool to sing multiple different kinds of songs with him. (Smiles) It would be a true test of my versatility as an artist.

What is your karaoke song of choice?
Killing Me Softly (Fugees).

What is the musical master plan going forward?
One day at a time! (Laughs) Plus, if I were to reveal my secrets, how would I succeed at world domination? There’s a lot in the horizon but the best way to know for sure is to follow me on YouTube and social media (@jonitamusic) to find out as things unfold!

Do you have any other ambitions outside music?
My biggest ambitions outside of my career is to spread love and laughter with family. My family means the world to me and living away from them, half-way across the world, means I don’t get to be physically present with them often. I want them to know how much I love them and to make memories with them full of laughter.

Why do you love music?
I feel that there’s nothing in the world that makes me feel the same way as music does.