Home HEADLINE STORY Johnson will visit India in January to boost trade ties; will be... 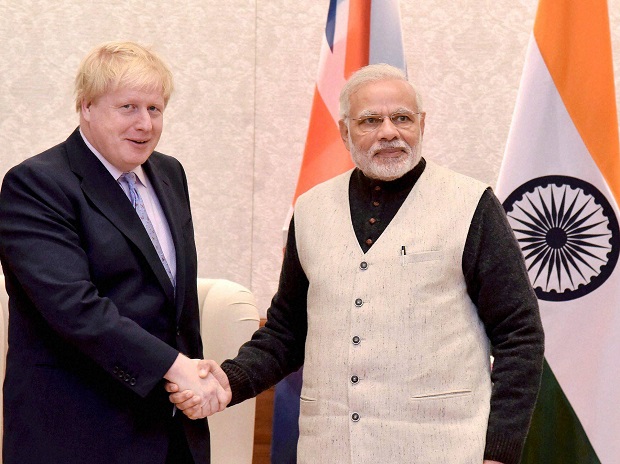 BRITISH prime minister Boris Johnson will travel to India in January, his first bilateral visit since taking office, to try to strengthen trade and investment ties and work together on tackling climate change, his office said on Tuesday(15).

He also accepted his Indian counterpart Narendra Modi’s invitation to be the chief guest at the Republic Day parade on January 26.

Johnson will be only the second British leader since Indian independence to attend the annual Republic Day parade in New Delhi as Guest of Honour, after former prime minister John Major in 1993.

The Indian trip is aimed at strengthening bilateral trade ties and investment, and cooperation in various areas including defence, security, health and climate change.

“I am absolutely delighted to be visiting India next year at the start of an exciting year for Global Britain, and look forward to delivering the quantum leap in our bilateral relationship that Prime Minister (Narendra) Modi and I have pledged to achieve,” Johnson said in a statement.

“As a key player in the Indo-Pacific region, India is an increasingly indispensable partner for the United Kingdom as we work to boost jobs and growth, confront shared threats to our security and protect our planet.”

During the trip, Johnson will invite India to join next year’s G7 summit, which Britain is hosting, as one of three guest countries, alongside South Korea and Australia.

Johnson’s office highlighted the two countries’ burgeoning trade and investment relationship, which it said is worth £24 billion ($32 billion) annually and supports more than half a million jobs.

“There are more than 400 British companies in India, including those at the forefront of our collaboration to tackle climate change. Our partnership is creating jobs and opportunities for UK firms in areas such as renewable energy and electric vehicles, as our countries work together to reduce global emissions ahead of next year’s COP26 Summit in Glasgow,” a statement said.

It noted their increased cooperation during the coronavirus pandemic, with India’s large pharmaceutical sector supplying more than half of the world’s vaccines.

At least a billion doses of Britain’s Oxford/AstraZeneca vaccine are being manufactured at the Serum Institute in the western Indian city of Pune.

Meanwhile the UK has received 11 million face masks and 3 million packets of paracetamol from India during the pandemic, according to Downing Street.

Raab’s  three-day visit to India from December 14 to 17 comes at a time when the UK is holding complex negotiations with the EU on reaching a post Brexit trade deal.

In the wake of Brexit, the UK has been looking at ramping up trade with leading economies like India.

Addressing a joint press conference after the talks, Jaishankar said the two sides held four hours of discussion on a wide range of issues and focus has been on how to take the bilateral ties to a higher level.

“In recent years, there have been very big changes in global politics and we both believe that our interests are better served by working together more effectively,” he said and added that important issues, including the situation in Afghanistan as also developments in Gulf and evolution of the Indo-Pacific region were discussed.

“Prime minister Modi has been very clear that climate change is a real priority for India. We recognise India’s global leadership in this area, through the International Solar Alliance and the Coalition for Disaster Resilient Infrastructure. As hosts of the UN Climate Change Conference in Glasgow next year, we will also be playing a leading role ourselves. India has made real strides on renewable energy. We want to keep building on our partnership internationally in this area.”

He is scheduled to meet environment minister Prakash Javadekar and education minister Ramesh Pokhriyal. The minister will also travel to Bengaluru where he will meet Karnataka chief minister B S Yediyurappa on December 17.