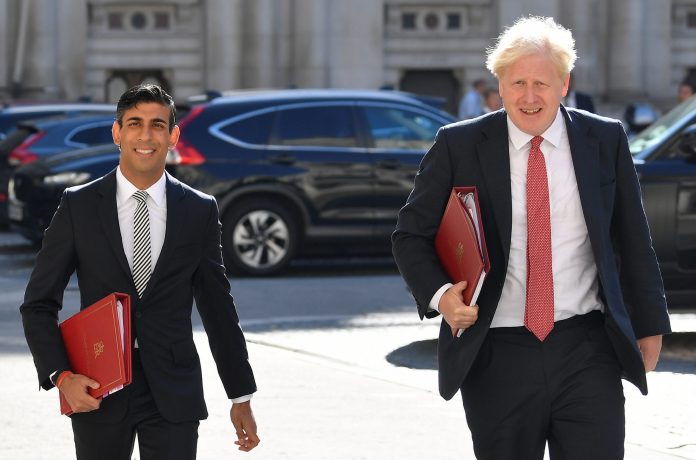 British prime minister Boris Johnson has agreed to a request from his chancellor Rishi Sunak for a review to determine whether he had stuck to the rules on ministerial declarations following criticism over Sunak’s family financial arrangements.

Sunak said on Sunday he had written to the prime minister asking him to refer his ministerial declarations to Christopher Geidt, the independent adviser on ministers’ interests.

“The prime minister is confident that all the appropriate declarations were followed.”

It follows a leak last week revealing that his wealthy Indian wife has benefited from “non-domicile” tax status in the UK, shielding her overseas income from taxes at a time when they are rising for most Britons.

After initially claiming his spouse Akshata Murty — whose father co-founded the Indian IT behemoth Infosys — was the victim of a smear campaign, the couple U-turned last Friday and vowed she would now pay British taxes on all her global income.

But it has failed to quell accusations of hypocrisy for raising taxes on Britons in the middle of a cost-of-living crisis, while his own family has seen millions of pounds in Infosys dividends shielded from his own ministry.

Sunak is believed to be Britain’s richest member of parliament.

He has also faced criticism for a lack of transparency, after admitting to holding a “Green Card” for US permanent residents until last year.

Possession of the card would enable him to keep the United States as his long-term home and pay US taxes, despite serving as Britain’s second-most powerful politician with designs on Johnson’s job.

Meanwhile, other claims have also emerged in recent days, including that he was listed as the beneficiary of offshore trusts set up in so-called tax havens to help manage his wife’s business affairs.

In his letter to Johnson asking for Geidt’s review, Sunak insisted he had acted appropriately at all times but his “overriding concern” was that the public should have confidence in the answers.

“I am confident that such a review of my declarations will find all relevant information was appropriately declared,” he added.

However, the Labour party has said his situation raised potential conflicts of interest, and its deputy leader Angela Rayner has also written to both Johnson and Geidt requesting answers.

“A fish rots from the head. It is the prime minister’s responsibility to bring this debacle to a close by ensuring that standards are upheld across his cabinet,” she said.

Once a leading contender to succeed Johnson as the British leader struggled with his own series of scandals, Sunak has seen his popularity plummet in recent weeks amid the cost-of-living crisis and the revelations.