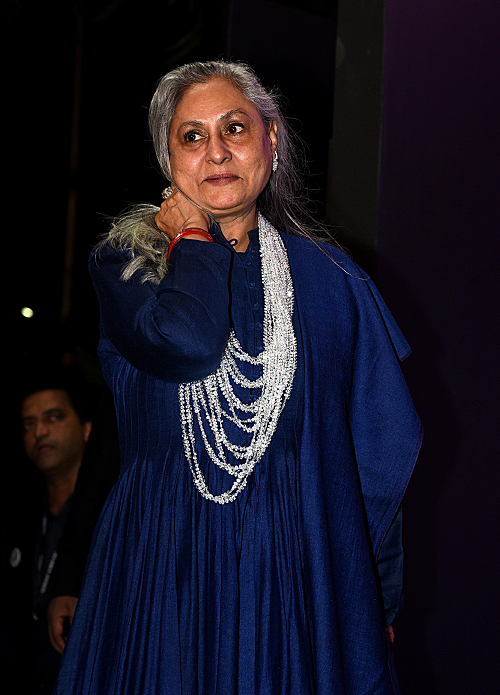 According to reports, veteran Bollywood actress Jaya Bachchan is set to foray into the digital world. She reportedly portrays a powerful character in Endemol Shine India’s next production venture, tentatively titled Sadabahar.

Sources in the know tell an Indian publication that Bachchan had started shooting for the series in February. She kept shooting for the show until the second wave of the coronavirus pandemic hit India and lockdown-like restrictions were imposed in the state of Maharashtra in mid-April. With the government giving a go-ahead to production houses to commence work, the team of Sadabahar has also resumed production.

“The team shot at Sony Mony and Apna Bazar in Andheri this week. The story is being shot in real locations, and the makers are mindful of keeping the crew to a bare minimum. A unit of 50 has been handpicked for the bio-bubble shoot,” a source close to the development informs the publication.

Jaya Bachchan was last seen in Ki & Ka (2016) in a special appearance with husband Amitabh Bachchan. Interestingly, she is the third member of the Bachchan family to take a plunge into the digital world.

Last year, Senior Bachchan made his digital debut with Shoojit Sircar’s Gulabo Sitabo (2020), which became the first big-ticket Bollywood film to premiere on a streaming media platform. It also starred Ayushmann Khurrana in the lead role.

Before him, Abhishek Bachchan joined the digital bandwagon with Amazon Prime Video’s Breathe: Into The Shadows. Now, Jaya Bachchan is also set to dive into the digital world with her upcoming show.