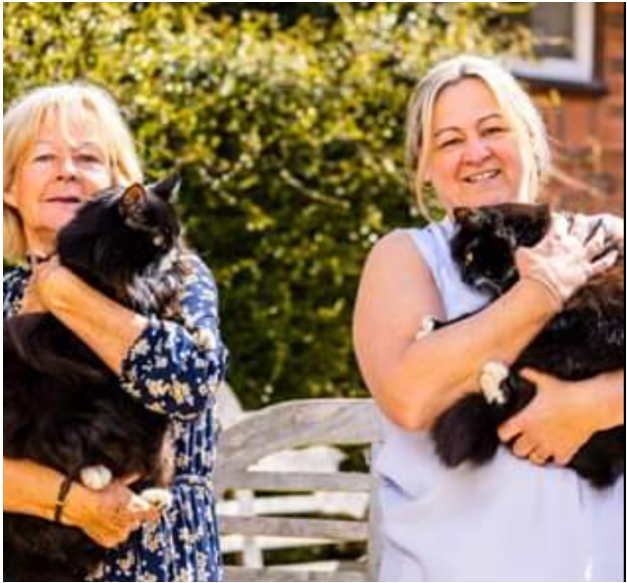 A pair of rescue cats living in a West Sussex hospice has been named joint National Cat of the Year 2022.

The siblings – Jasper and Willow – were honoured in recognition of the role they play in “bringing comfort” to the elderly at St Peter & St James Hospice in Haywards Heath in Sussex, where they have been living since 2018.

They beat hundreds of other felines to be declared overall winners in the UK’s biggest celebration of pet cats, organised by Cats Protection, a charity dedicated to rescuing homeless cats.

Jasper and Willow – the first joint winners of the title – will share a trophy and a prize package which includes a £200 pet store voucher.

The judges who voted the brother and sister for the overall title included Manchester City footballer Ellen White and actress Gaynor Faye.

Celebrity judge and Dragons’ Den star Deborah Meaden who voted the felines for the Outstanding Rescue Cat Category said, “It’s amazing to see how two rescue cats are now so happy and comfortable in their role of comforting others who are going through very difficult times. If ever cats can show empathy, these two do.”

Jackie Manville, the front-of-house manager at the hospice, said, “We are over the moon that Jasper and Willow have been celebrated for the important role they play at the hospice. Since they’ve been with us, they’ve brought comfort to so many people, whether it’s patients, family and friends, or staff. Jasper and Willow really go to show how special rescue cats are, and we’re so proud of them both.”