Home Enterainmnet stories Jackie Shroff roped in as goodwill ambassador for India’s The All Living... 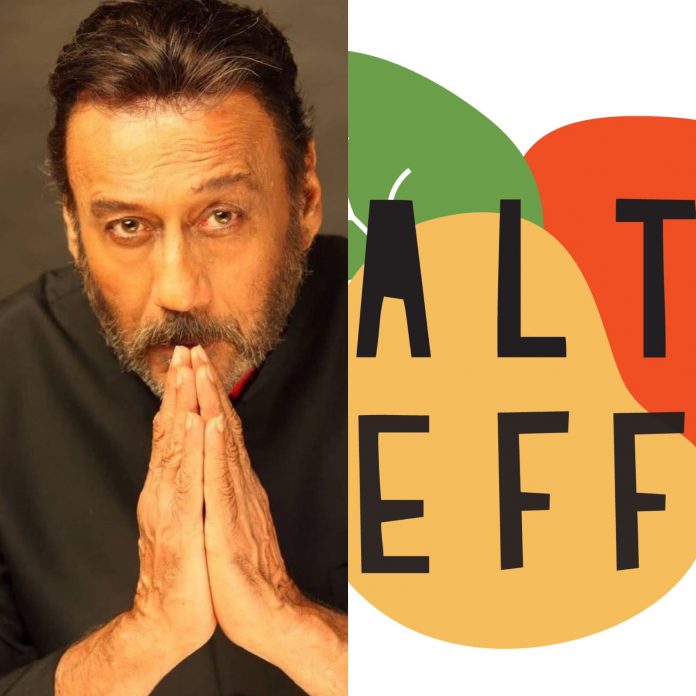 Actor Jackie Shroff has been roped in from the entertainment sector, as a goodwill ambassador for a film festival dedicated solely to films and cinema creating and stirring a conversation on environmental conservation, impacts of climate change amongst other such relevant topics.

All Living Things Environmental Film Festival (ALT EFF) is India’s first and only such festival that is aiming to marry the idea of conservation and cinema. Shroff has always been associated with different environmental initiatives and actively participates in plantation drives.

Shroff says, “ALT EFF is really exciting and I am waiting to see what type of films are in the festival, films are such a powerful medium to express your feelings for the future, for the next generation. It is a loan taken from them, [of] the soil, the water, the seeds, and we contaminate them all! It is nice that so many people are thinking alike [about environmental restoration], I am very happy to be part of this team. Good luck to the team at ALT EFF and the filmmakers that will be able to showcase their feelings through their art. See you guys soon!”

The wildlife filmmaker, Mike Pandey says, “Environmental festivals like ALT EFF bring environmental issues to the forefront and offer viable solutions. They motivate and empower us to take the right step and attempt to make a difference to restore the beauty and sustainability of our only home, this planet we call Earth.”

He adds “Festivals like ALT EFF, play a crucial role in communicating and sensitizing people, helping them develop a sense of respect for the environment through films. It is what you respect, that you love and protect.”

The co-founder Neha Shreshta says, “Humans who are just one of all the living things on this planet actually control the fate of every living thing and the planet itself – what we do with this power, can make or break our collective future. ALT EFF is our way of bringing awareness via the powerful medium of film- no matter how much information or research there is in the world, it has no meaning unless it is presented such that people can understand it. The film does that.”

Shroff is the ambassador of the festival along with Mrunmayee Deshpande Rao amongst other leading figures in the industry.

Originally, ALT EFF was conceived as a physical festival, but in order to ensure safety for all festival-goers, ALT EFF remains virtual in 2021.