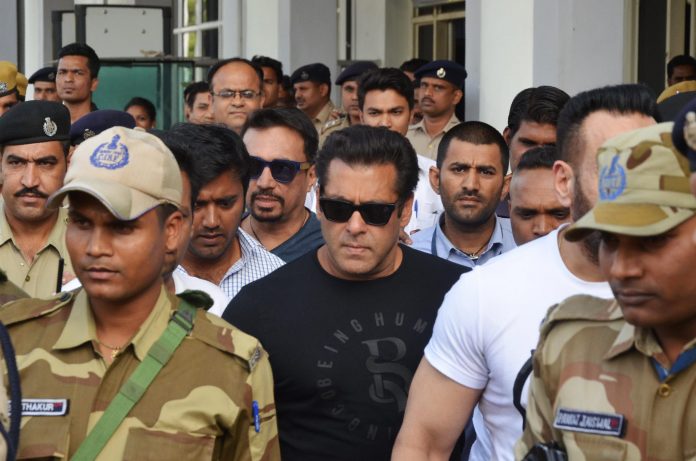 Mumbai Police has beefed up the security of Bollywood superstar Salman Khan after Lawrence Bishnoi appeared as a prime accused in the Sidhu Moose Wala murder case.

Police said that they have enhanced the actor’s security to make sure he is safe from the activities being done by the gang from Rajasthan.

“We have enhanced the overall security of Salman Khan. Police will be present around his apartment to make sure no nefarious activity is done by the gang from Rajasthan,” the senior police official told an Indian publication.

Bishnoi had reportedly planned a plot to assassinate Khan over his involvement in a blackbuck poaching case. For the uninitiated, Blackbucks are considered sacred creatures by the Bishnoi community in Rajasthan.

Lawrence Bishnoi said outside a court in 2018, “We will kill Salman Khan in Jodhpur.”

“Everyone will know once we take action. I have not done anything as of now, they are accusing me of crimes for no reason,” he added.

Rahul alias Sunni, one of Bishnoi’s close associates was arrested in 2020 for murder and said that they had hatched a plan to assassinate Salman Khan.

The police also got to know that he had visited Mumbai to conduct a recce for the murder of Salman Khan.