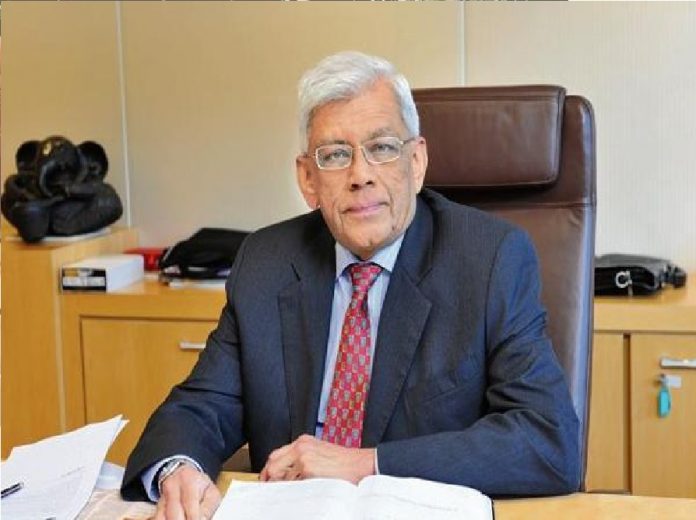 Amid the crisis at Punjab & Maharashtra Cooperative Bank (PMC), HDFC chairman Deepak Parekh said it is “brutally unfair” we have regular loan waivers and corporate loan write-offs but no financial system to protect the common man’s savings. The scam at PMC Bank has affected thousands of its depositors as their money is stuck with the urban cooperative bank’s after RBI had put a withdrawal limits at Rs 25,000 per accounts last month. The restrictions from the RBI came in after it found the bank’s exposure to real estate developer HDIL was in too much in excess of what the regulations require and also as the lender hid the NPAs of HDIL.

PMC’s exposure to HDIL is around Rs 6,500 crore, which is 73 per cent of its loan book of Rs 8,880 crore, as per bank’s own admission. “To my mind, there is no greater cardinal sin in finance than misuse of the common man’s hard-earned savings. It seems brutally unfair that we have allowed a system of loan waivers and write-offs every now and again, but yet we do not have a robust enough financial system to protect the honest common man’s savings,” Parekh said without mentioning any particular incident while launching a centre for financial studies by B-school SP Jain.

He said trust and confidence are the backbone of any financial system and one should never underestimate the power of ethics and values. “It is a pity that this is so often eroded,” he said, but was quick to add this problem crops up across the world. Calling for encouraging savings if credit were to grow, Parekh said the savings rate at 30 per cent of GDP has been showing a declining trend over the past decade.

“Household savings is important for any economy and that is why there is likely to be a threshold beyond which lowering interest rates becomes difficult,” he said.Our savers prefer assured returns which is why fixed deposits continue to remain the preferred choice of savings, he added.

He said the crux of the problem with the financial sector is that the flow of credit to the commercial sector is still clogged. Talking about economy, he said given the global slowdown, our growth rate is still better. “Yes, we are facing short-term challenges, particularly on consumption growth, but these appear to be cyclical and not a deep-rooted malaise.”

Parekh said there is no other major economy that currently has the capacity to absorb the scale of investments that India needs or has the growth potential that we have. “Market cycles are inevitable. But as long as we are able to self-correct, work towards financial sector reforms, bring in enabling policies, encourage true and fair entrepreneurship and have a stable rule of law, I think there is no reason to believe why India won’t retain its rightful place on the global stage,” he said.

Addressing the event, former chairman of SBI Arundhati Bhattacharya said if the country wants to be a $5 trillion economy, then the financial system should be strong enough. Supporting the merger of public sector banks announced recently, she said that though it is painful, the government has done the right things of merging the struggling state-run banks.