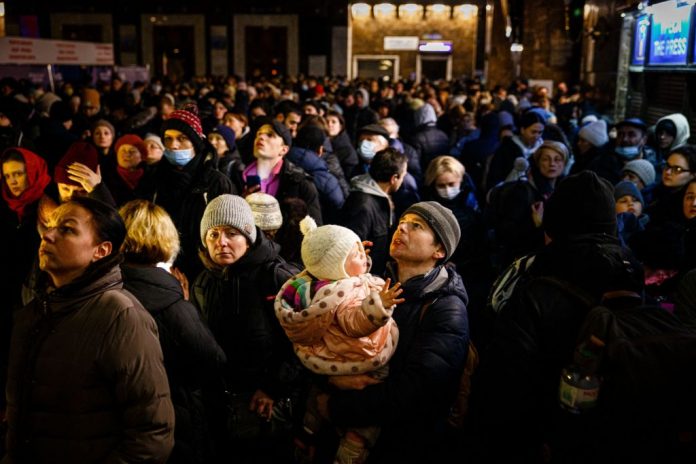 ‘NEED a cab for four people in Kyiv.’ ‘Do we know someone in Poland who can drop food packets at the border?’ ‘A group is starting from Kharkiv, any updates on trains?’

Thousands of such messages keep pouring in WhatsApp, Telegram and social media groups created by Indian medical students abroad who have volunteered to help their peers stranded in Ukraine amid the Russian invasion.

The volunteering students are studying in China, Uzbekistan and the Philippines. While many of them are helping from their university campuses, the others are those who had returned to India in the wake of the Covid-19 pandemic and are attending online classes.

As soon as the news of Indian students being stranded in war-hit Ukraine spread, these volunteers sprung into action.

“We were connected with some of the medical students in different countries since we went to coaching institutions together before leaving India.

“We also had multiple groups on WhatsApp and Telegram to exchange updates, notes and other information on Foreign Medical Graduate Examination (FMGE), which we are supposed to write to practice in India,” P Sharma, a student of China’s Harbin Medical University, said.

“When things started going south in Ukraine, we thought why not use these to help our fellow students stranded there. We collated all contacts and shared the group links on social media. Within two days, there were over 5,000 subscribers in the Telegram group and we made it a virtual war room,” he added.

Coordinating across time zones, managing hundreds of messages, watching the news to stay abreast of the constantly evolving situation in Ukraine keep the young volunteers busy.

Another Indian medical student at Cagayan State University in the Philippines said the groups receive at least 100 messages every 15 minutes.

“We divided areas among ourselves to ensure that the maximum number of appeals for help are addressed. We reached out to our network for help and also called up embassy officials to seek help on their (stranded students) behalf. Within days, many parents also joined the group to get updates and seek help for their stranded children,” she said.

Rachita, a fourth-year medical student at Shandong University in China’s Jinan city, said some of them take turns to take care of moderator duties and filter out irrelevant content from the groups.

“There are too many messages, news updates and all sorts of information that we have to filter out to ensure that appeals for help by those stranded do not get buried in the deluge of messages,” she said.

Akshara, who also studies at Harbin Medical University, said volunteers can only help as long as the stranded students have internet connectivity and battery in their phones.

“The real trouble is when people are untraceable because of battery and connectivity issues. So, many parents reach out to us for missing students’ updates,” she said.

The war in Ukraine has entered its 11th day with evacuation from war-hit cities remaining difficult. Students stranded in these cities are posting videos on social media, pleading with the Indian government to evacuate them.

To evacuate Indian citizens from Ukraine, the Indian government has launched ‘Operation Ganga’. However, the evacuation from the eastern part of Ukraine, which has been witnessing heavy fighting, has been a cause of concern.

India has been evacuating its citizens through special flights from Ukraine’s western neighbours such as Romania, Hungary and Poland as the Ukrainian airspace has been shut since February 24.

According to India’s ministry of external affairs, nearly 17,000 Indian nationals have left Ukraine’s borders since advisories were issued over a fortnight ago.

Russia on Wednesday said it was working “intensely” to create a “humanitarian corridor” for safe passage to Russian territory of Indian nationals stuck in Kharkiv, Sumy and other conflict zones in Ukraine following a request from India.