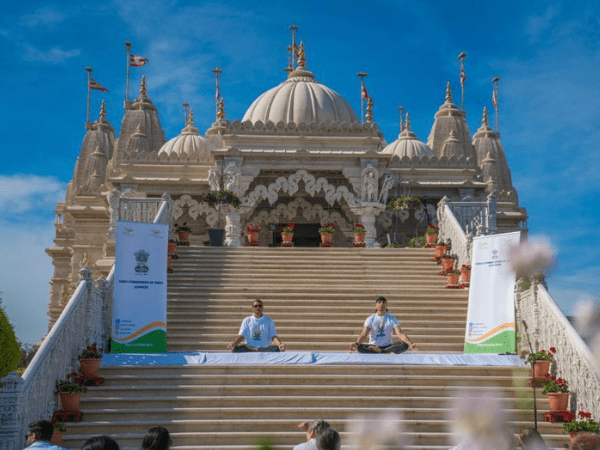 Yoga enthusiasts from all over London joined the celebrations.

The high commissioner underlined the contribution of yoga towards well-being and encouraged the participants to make it a part of their daily regime. Lord Ranger called yoga India’s gift to the world while Blackman shared his positive experience with yoga.

Earlier, in the run up to the International Day of Yoga 2022, The Indian High Commission and consulates in the UK organised yoga sessions at some iconic locations in London — including Holland Park.

Also for the first time, the Yoga Day was hosted at a British Army establishment — the Wellington Barracks in Central London — where there was enthusiastic participation by people who also requested for more sessions.