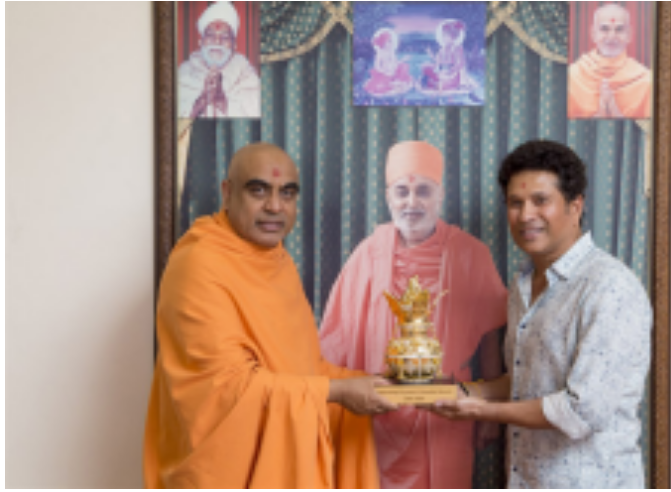 Tendulkar and his family prayed at the temple and were blessed by His Holiness Mahant Swami Maharaj through an online meeting.

Tendulkar offered his best wishes for the forthcoming ‘Festival of Inspiration’, a ten-day family celebration in London marking the centennial birth anniversary of His Holiness Pramukh Swami Maharaj, whom he had met at the BAPS mandir in London in 1990.