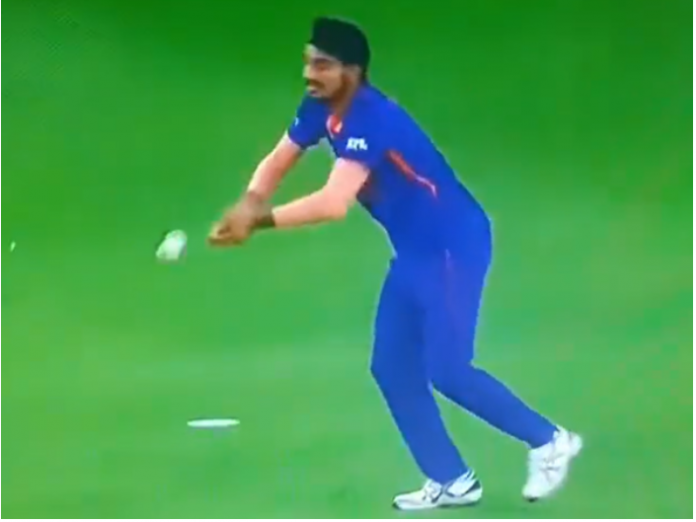 Arshdeep Singh, a young Sikh bowler who was representing India against arch-rivals Pakistan in a high-pressure clash in the Super Four of the ongoing Asia Cup tournament in Dubai, the United Arab Emirates, on Sunday (4), dropped a simple catch at a crucial moment. His team lost the game by five wickets with one ball to spare.

Hell broke loose soon after as angry fans started targeting the 23-year-old Singh, who has played only nine T20 international matches for India so far. While there were cricketing justifications, certain people even went to the extreme of labelling him as a ‘khalistani’, somebody with links to India’s Sikh separatist movement.

His Wikipedia page was vandalised and it was added there that he had links with the separatist movement, prompting India’s information technology ministry to step in and summoning Wikipedia’s executives to seek an explanation on how the cricketer’s profile page was changed.

Singh though was one of the best performing bowlers in the match, giving away 27 runs in 3.5 overs with the wicket of Asif Ali, who he had dropped.

Manjinder Singh Sirsa, a leader of India’s ruling Bharatiya Janata Party on Monday (5) said that several Pakistan-based accounts were behind the targeting of Singh.

In a tweet, he said, “Even the Wikipedia page of Arshdeep Singh was edited & “Khalistan” word was added added deliberately. A closer look would definitely disclose someone from Pakistan.”

In another tweet, he added, “Wikipedia must be given a strong message that they can’t let Pak Agencies use its platform to run a hate campaign in India. See how Pakistan agencies started this “Khalistani” campaign in context of Arshdeep”

India’s Hindustan Times daily reported that according to the edit history of Singh’s Wikipedia page, an unregistered user changed the word “India” with “Khalistan” at many places on the profile around midnight India Standard Times.

Wikipedia is a collaborative database or service where anybody can edit content. However, while everybody is allowed to make or suggest edits, the service follows a logging mechanism which is known for its strictness.

Meanwhile, Singh found support from many in India, including former India cricketer Harbhajan Singh who said in a tweet, “Stop criticising young @arshdeepsinghh. No one drop the catch purposely.. we are proud of our boys .. Pakistan played better.. shame on such people who r putting our own guys down by saying cheap things on this platform bout arsh and team.. Arsh is GOLD.”