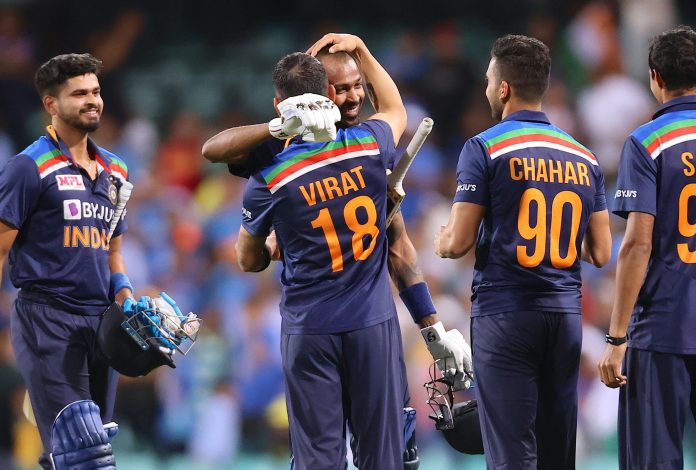 India captain Virat Kohli has identified Hardik Pandya as their “bankable” match-winner for the next four to five years after the all-rounder dazzled in their series-clinching Twenty20 International victory over Australia on Sunday.

India needed 25 runs off the last two overs and Pandya delivered in style, smashing two sixes in the final over to secure a six-wicket victory with two balls to spare.

“He has natural raw talent, and now he’s quite experienced having played quite a bit of T20 cricket in the IPL (Indian Premier League) and playing for India too,” Kohli said after India’s second successive win in the three-match series.

“Now he realises that this is his time, the next four-five years, to become that bankable middle-order player that can win you games from anywhere.

“You need that finisher and he’s becoming that for us. He’s hungry, he’s got to keep getting better.”

Pandya, whose 42 not out off 22 balls earned him the Man of the Match award, showed no signs of nerves even as the asking run rate spiralled.

“I always believe as a cricketer you have to improve with time and I have taken some time but I think things are coming pretty well now,” said the 27-year-old.

“Now my biggest goal … (is) that I want to finish games where it matters the most.”

Pandya said he was happy to bat wherever the team need him.

Tuesday’s final Twenty20 match will also be played at the Sydney Cricket Ground.